I recently again returned to my all-time favorite site: the Silurian Massie Shale in Ripley County, Indiana. I’ve reported on this locality in previous Dry Dredger blogs, for example:

The majority of the collectable Silurian shale is on the spoil piles. While there are no new shale exposures in the quarry and no new rock has been added to the old piles in a very long time, weathering occasionally exposes a few specimens of Holocystites — see the example picture below from my recent field trip. 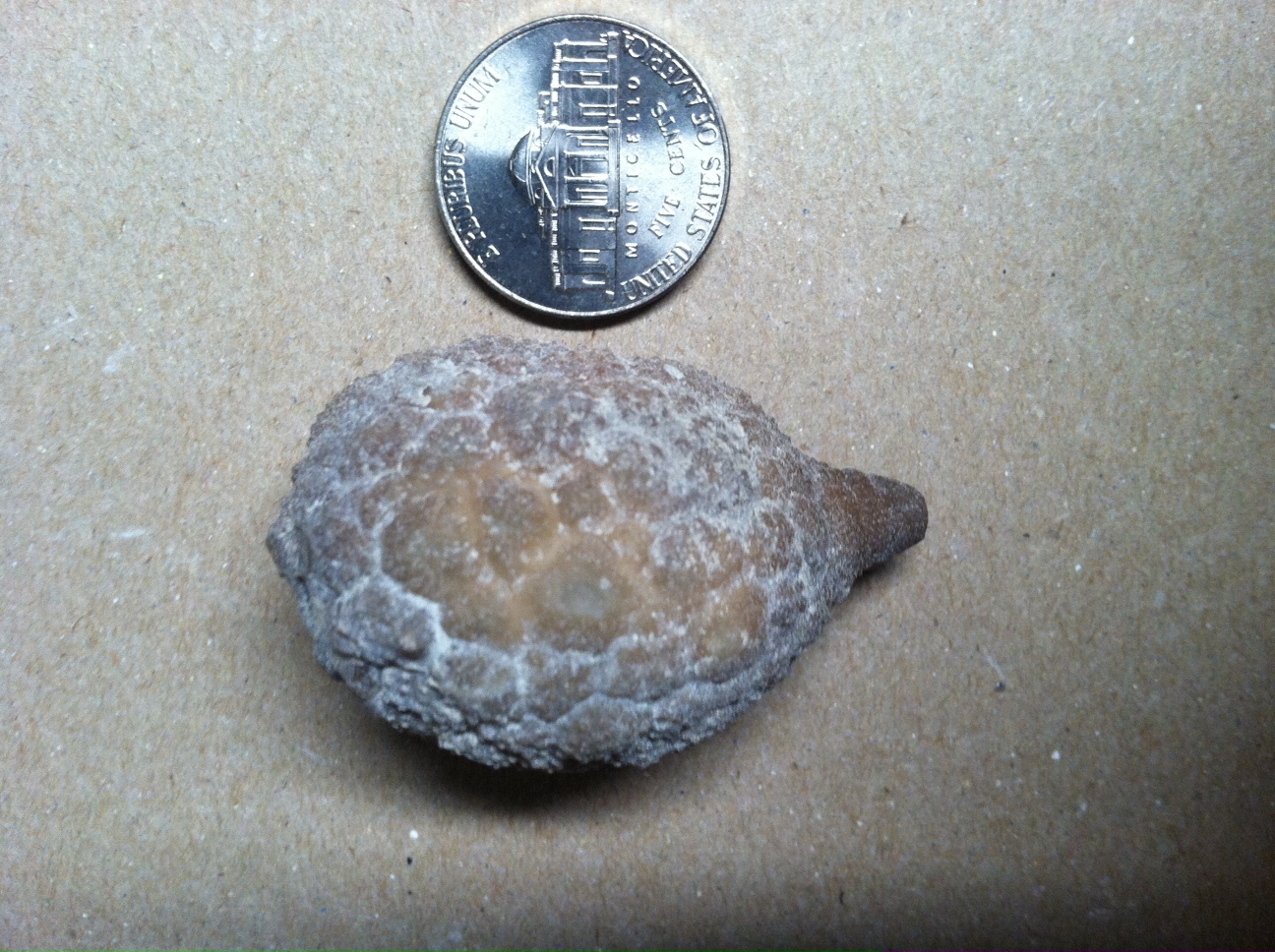 I also found a nice Caryocrinites. This is not a particularly common cystoid in the Massie Shale. 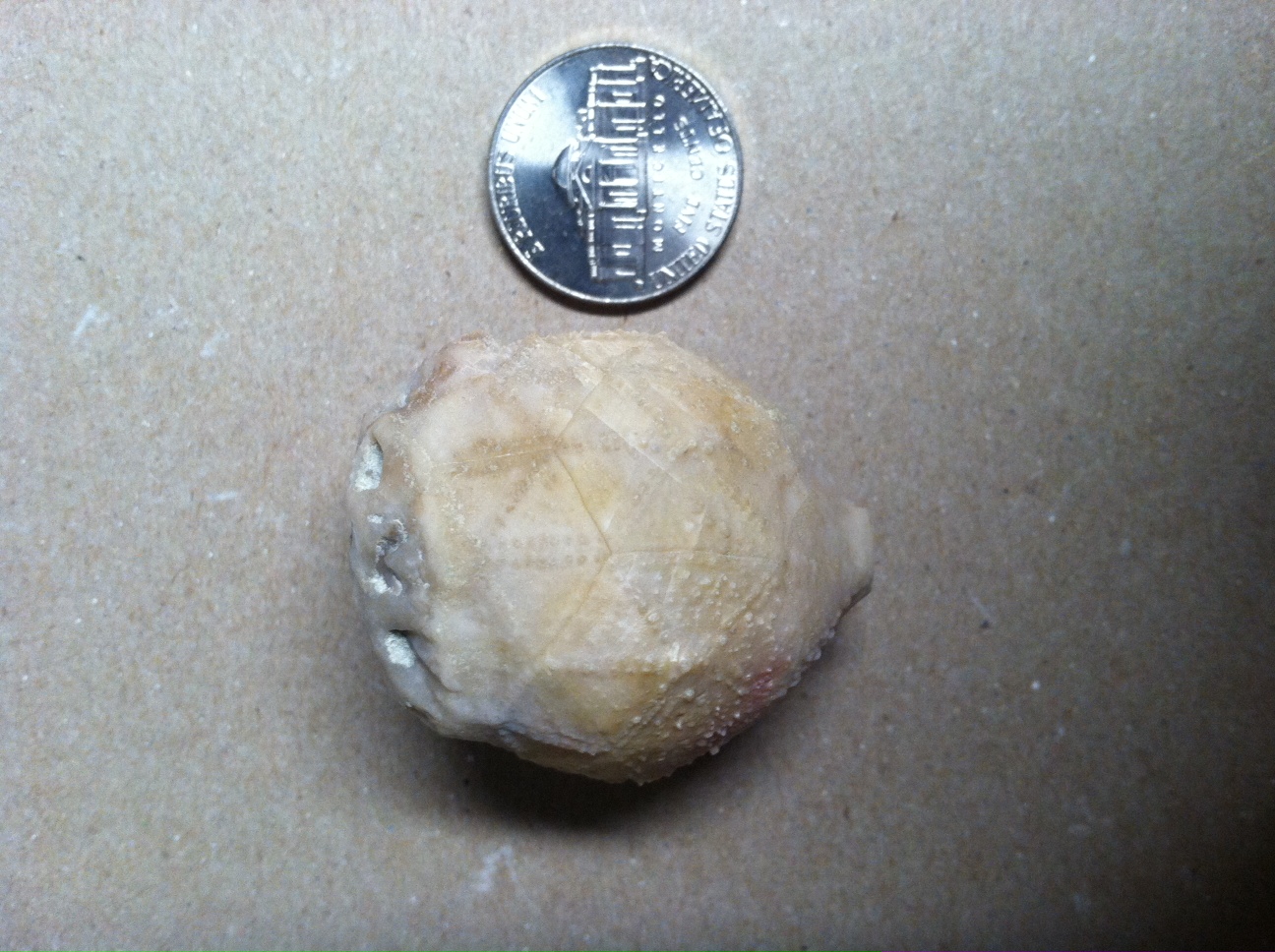 Caryocrinites after soaking overnight in RockQuat — that amazing elixir removed nearly all the adhering shale.

And I managed to find a small (approximately 1/2 inch) Spathacalymene nasuta (the rare snout-nosed trilobite) in a hard chunk of rock. As typical of the specimens found at this locality, it is ventrally exposed. And only partially at that, so a particular challenge to even spot it on the spoil pile.

Ventrally exposed Spathacalymene nasuta. Note the red arrows: left one points to the snout and cheeks, right one points to a few exposed pleural tips.  There are also some trilobite fragments in the lower right corner of the rock.

Of course, once the trilobite is prepped, I’m sure it will appear much larger. 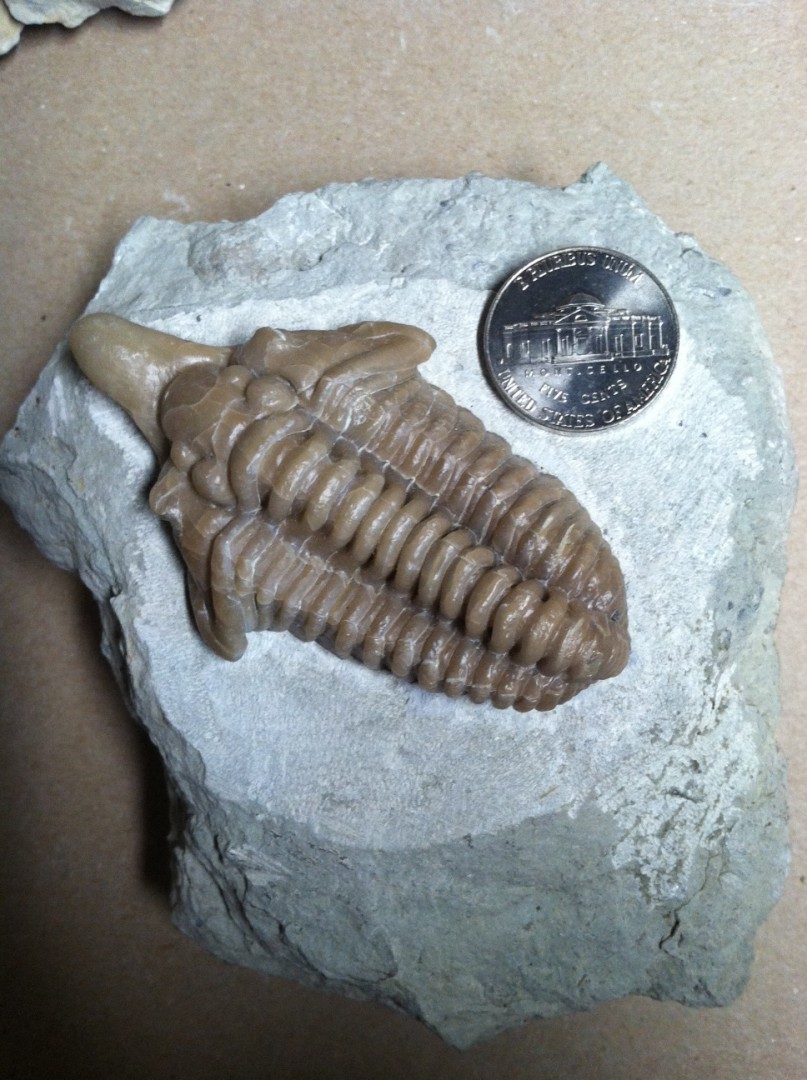 As I’ve stated previously, from the perspective of a fossil collector, the quarry continues to mine in the wrong direction. Based on our collecting success in the past, they should be mining toward the north and west — that’s where the “hot zone” was. But, alas, they are still going east, into an area where even finding a brachiopod can be a challenge. I will continue to monitor the quarry for any new shale exposures — because they just might uncover another section with a high concentration of Silurian macro-fossils.