After the rains of the previous week, I decided to get a jump start on the upcoming Dry Dredgers field trip and visit my favorite Whitewater site, a road cut in Richmond, IN. This is a great site for brachiopods, with plentiful clean Hebertella, Vinlandostrophia, Rhynchotrema dentatum, Rafinesquina and Strophomena. There are many bryozoa to be found too, along with the encrusting coral Protrarea richmondensis. By far the most common fossils here are the solitary corals, with Grewingkia being the most common, but you can also find occasional Streptalasma too. There are plenty of mollusks here as well primarily in the form of bivalve, gastropod and cephalopod internal molds. The only mollusks to be found that preserve the original shell features are the occasional nice specimens of the gastropod Cyclonema, and the pelecypod Caritodens.

I have picked up literally hundreds of specimens of the Rhynconellid brachiopod Rhyncotrema but no sign of the larger Hiscobeccus, which is much more common a little lower down in the Liberty (and is the one I find at Caesar Creek). In addition to the common stuff, I managed to find one Edrio on the dorsal valve of a Raf.  Also attached to the shells of some of the Rafs, I have found a number of inarticulate brachiopods.  I have found 1 specimen of a trilobite at this site. Unfortunately, I have not yet photographed it. I will include it in a future post.

In the attached photos you can see some of my haul from this past weekend. 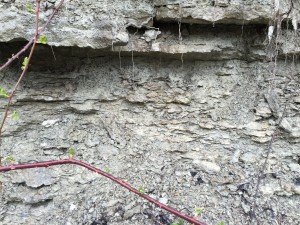 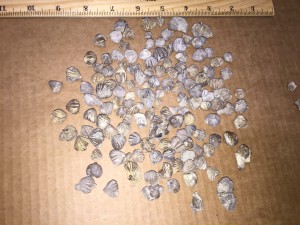 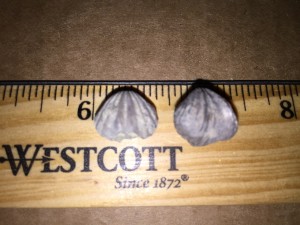 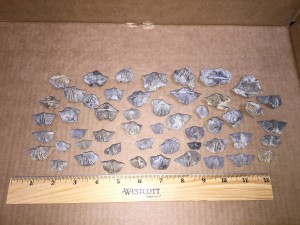 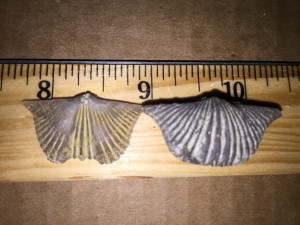 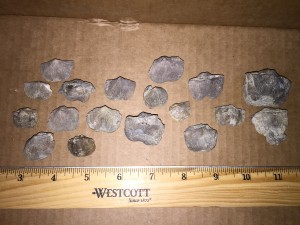 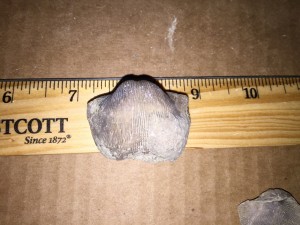 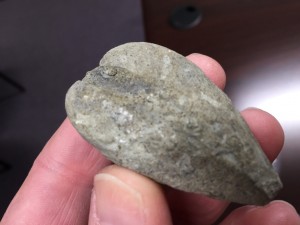 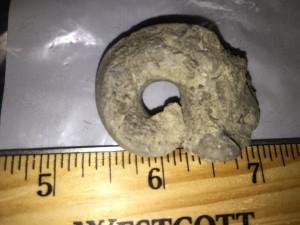 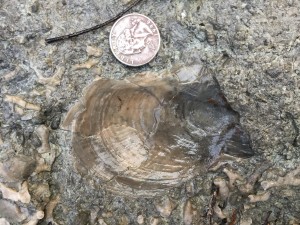 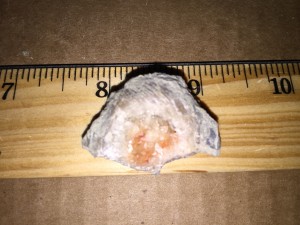 2 thoughts on “Fossil Hunting in the Whitewater Formation, March 19, 2016”