December 30th 2015 we were contacted by former Dry Dredger Dan Woehr asking if we wanted to accompany him to a road cut in Sulphur, Indiana.  Since the weather was nice and this site presents Mississippian strata, this would be an opportunity to collect a different set of fossils.  The road cut is along state route 237 that crosses I-64 at exit 86.  There is a large parking pad on the west side of the access road.  Several cars could park safely there. Collecting this site entailed a bit of mountain goat ability as the best collecting areas were a shale seam on the next to the top terrace.  The best collecting areas are on the terrace just under the top of the hill.  Due to erosion and weakness of some faults in the walls, if you explore a bit, a way to the top will be found. We only hunted this site for a couple of hours and Kim did not climb.  The area I collected is the terraced left side in the overhead photo.  Dan and Kim collected both sides and found the same pantheon of fossils. 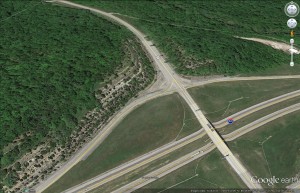 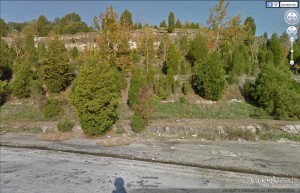 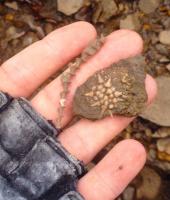 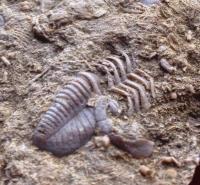 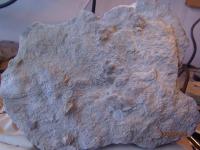 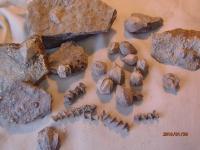 Dan found a beautiful Plaxocrinus crinoid crown, a couple of nice crinoid cups, a handful of Pentremites blastoids, a several Archimedes bryozoans.  A rare find was a possible Kashia (paladin) chesterensis trilobite found by Dan.  It’s a rare find because only phygidiums are usually found.  Kim and I found Blastoids and Archimedes bryozoans.  This is an interesting site as it exposes Mississippian strata relatively close to Cincinnati.  If you have a full day to travel as it is a 3 hour drive and time to climb and collect, this is a great site to collect some Mississippian species.