The 2017 MAPS fossils-only show was held March 31 – April 2 in Iowa City, Iowa. That was the big draw to the Hawkeye State. But there is more:

For this blog, though, I’ll focus on the MAPS fossil show itself. At this year’s event, there were two significant things that are particularly relevant to the Dry Dredgers.

Don Good, for whom the award is named, was an avid fossil collector. He was a co-founder of the MAPS club four decades ago, setting the foundation for the MAPS Fossil Show that will be holding its 40th annual event in April 2018.

Congratulations to Dan for receiving this well-deserved award! 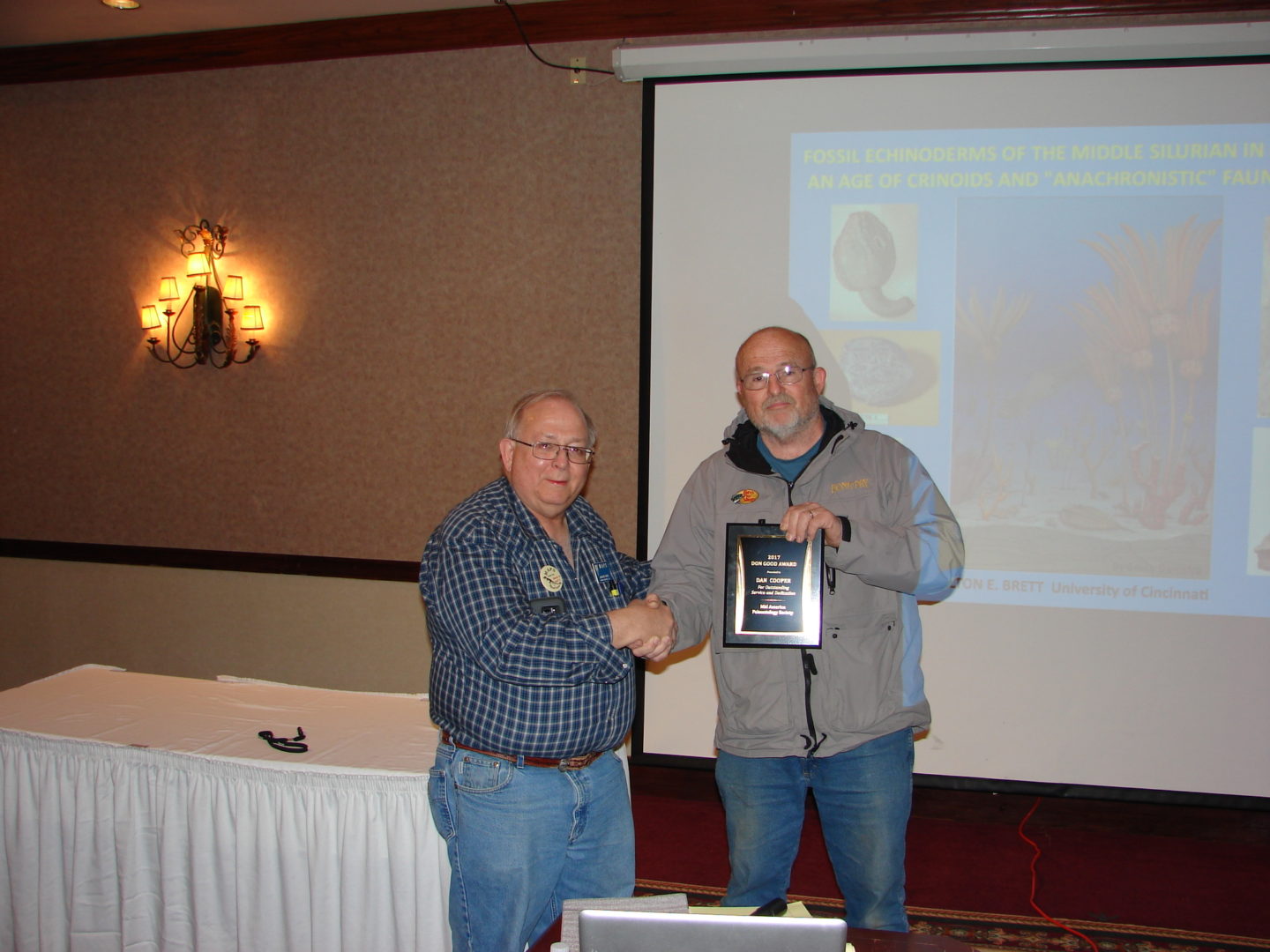 In addition to Carl and Dan, other Dry Dredger members who attended the show included Tom Bantel, Rich and Karen Fuchs, Mike Davis, Jack Heckscher, and me. Below are a few pictures (Figures 2-7) from the hotel show and the main show (pictures provided by Tom Bantel). 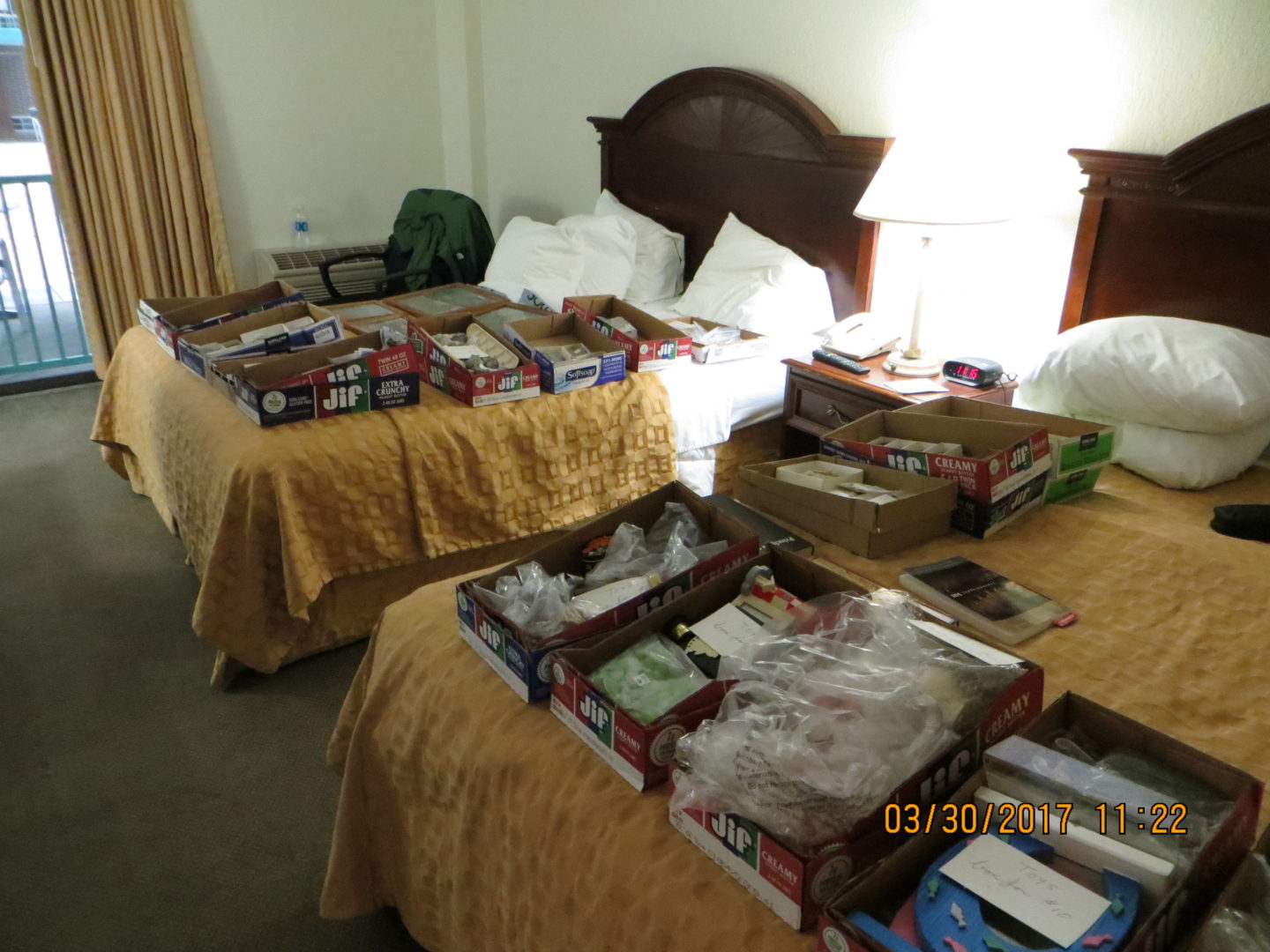 Figure 2. A typical arrangement of boxes of specimens on the beds in a room at the hotel. Some exhibitors also use the floor and top of the desk (not shown in this picture), and added tables for additional display. Fossil enthusiasts then meander into each room to view the specimens. 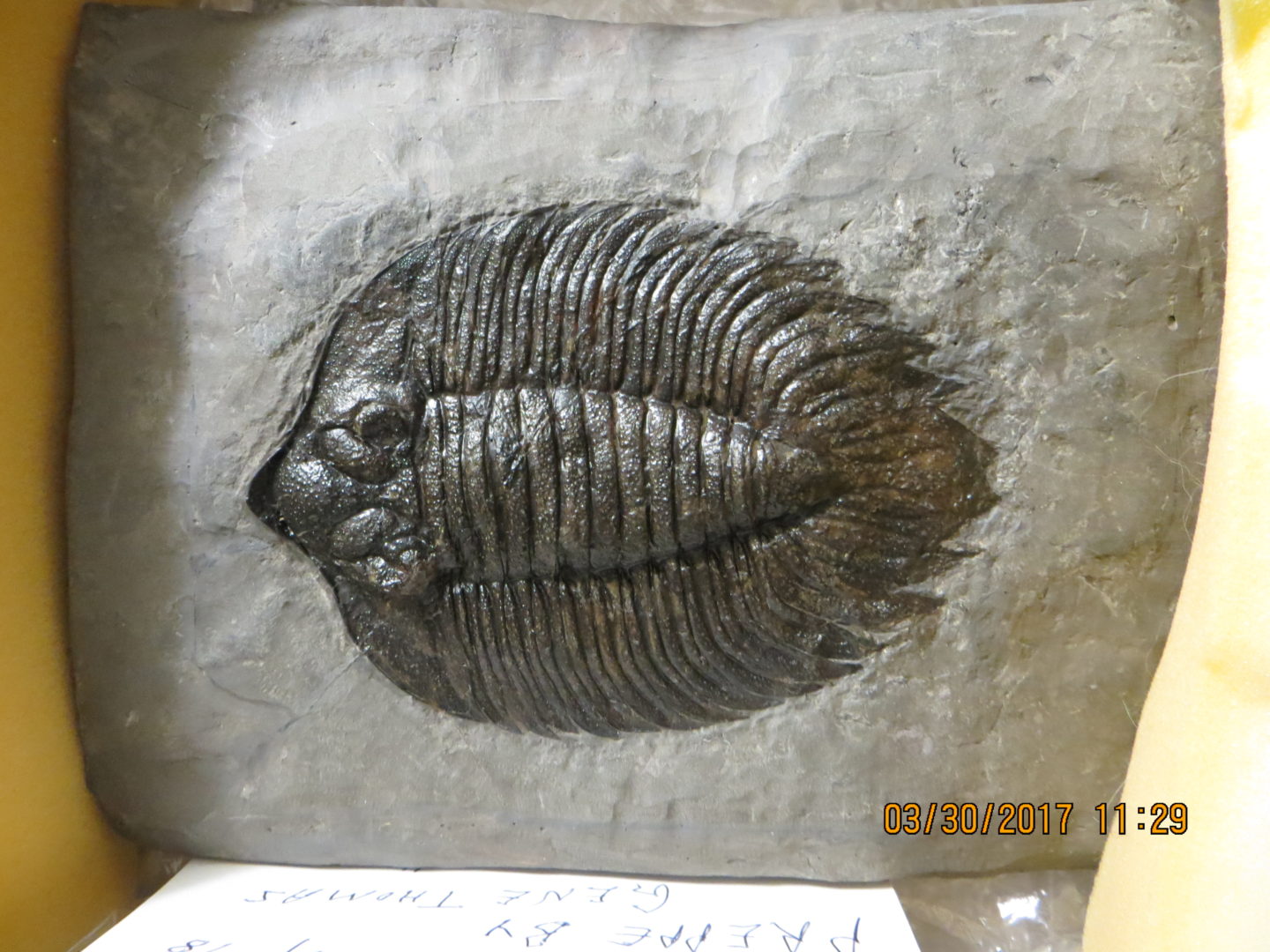 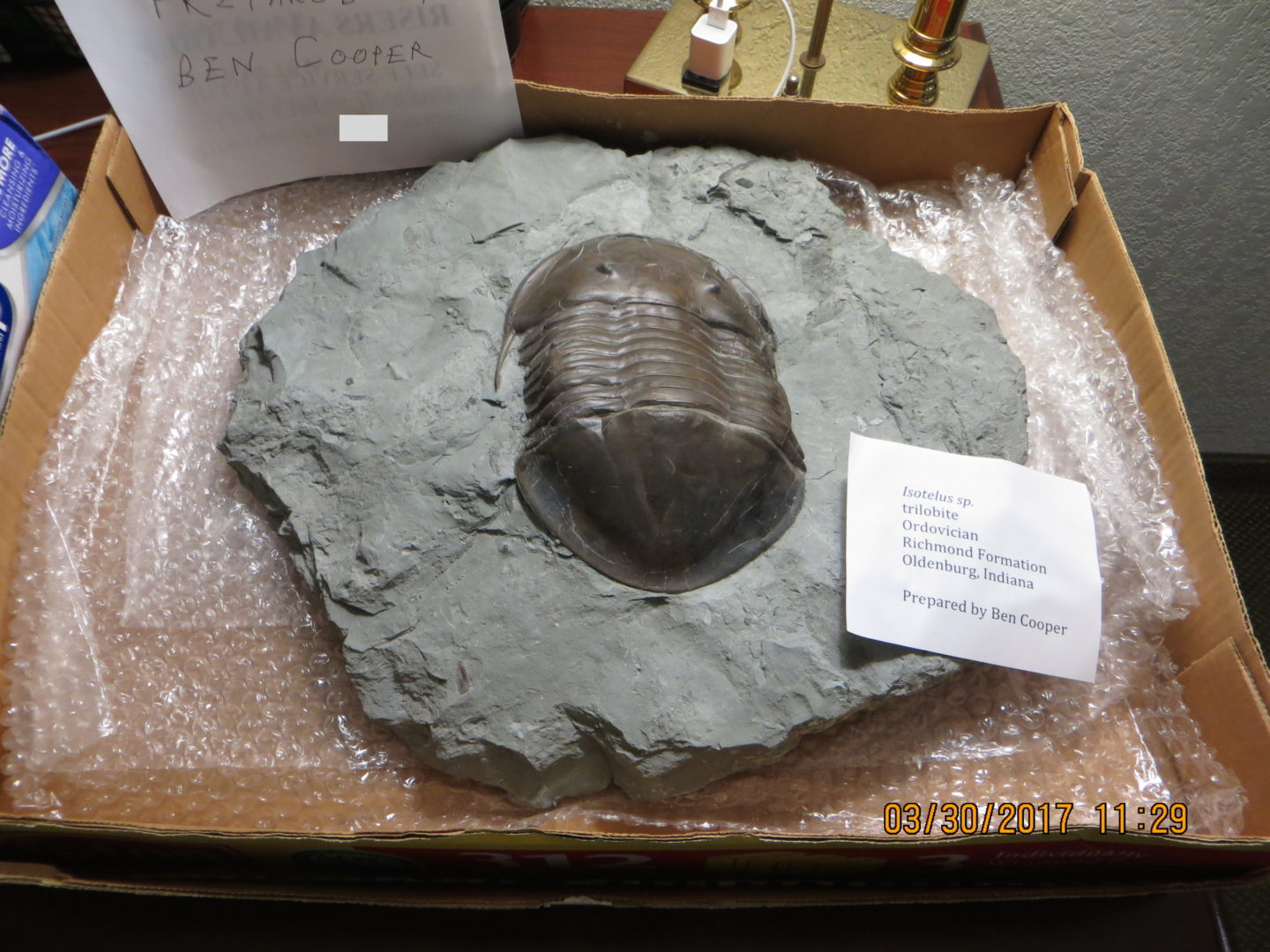 Figure 4. A giant Isotelus trilobite (Ordovician, Richmond formation, Oldenburg, IN) on display at the hotel. 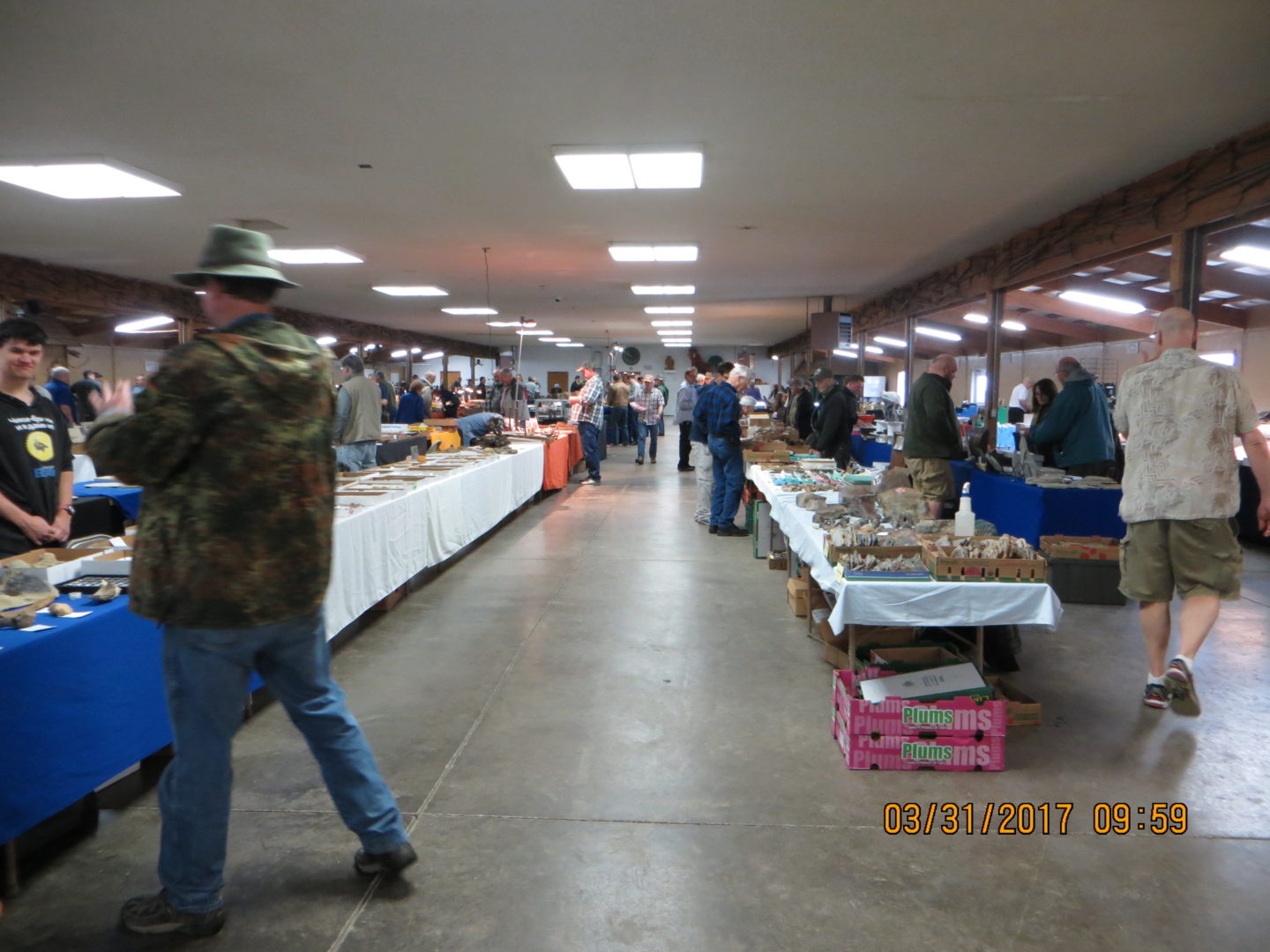 Figure 5. A scene of shoppers at the main show which is held at an auction house a few miles away from the hotel. 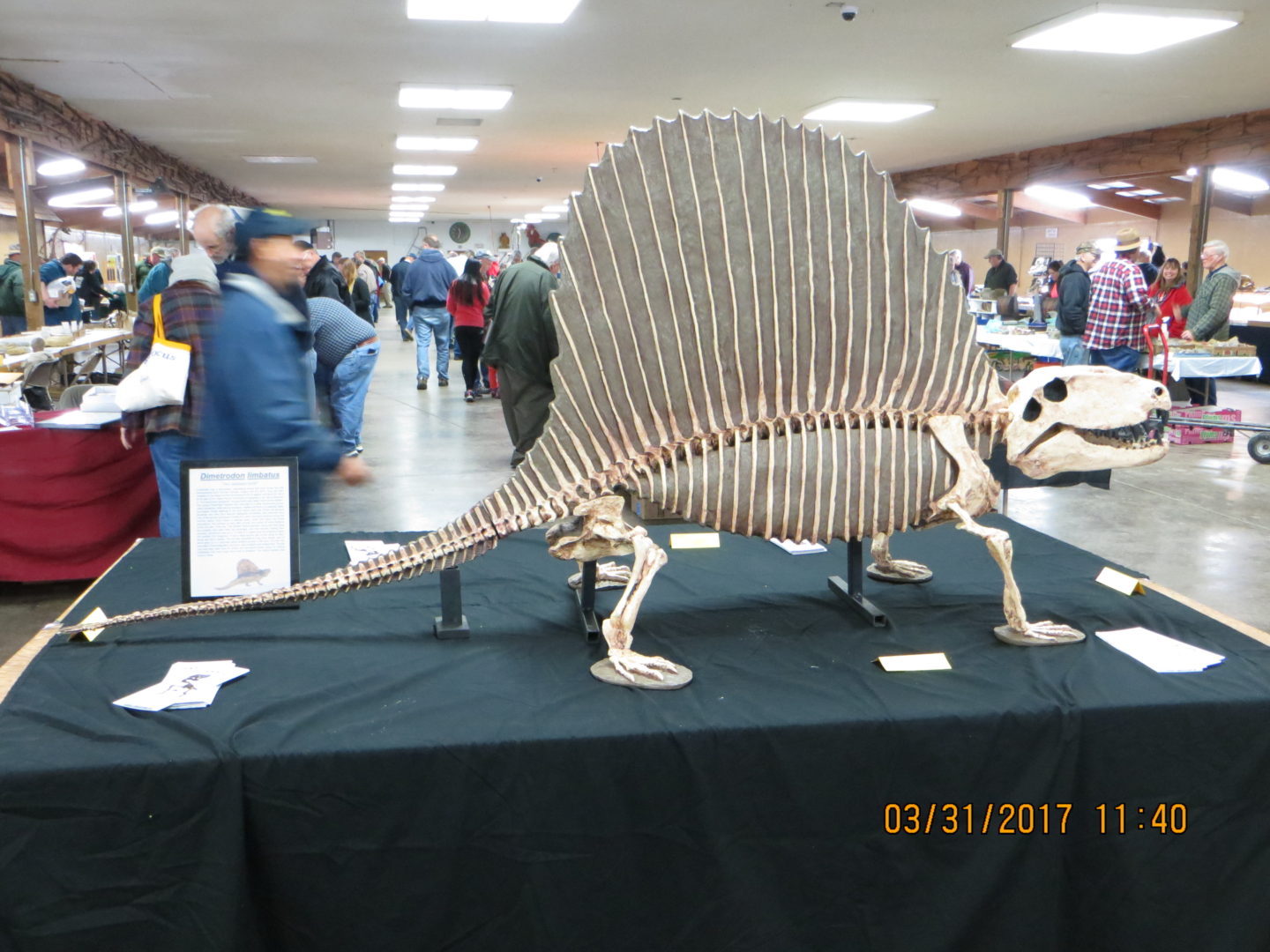 Figure 6. A Dimetrodon skeleton on display as an educational exhibit at the main show. 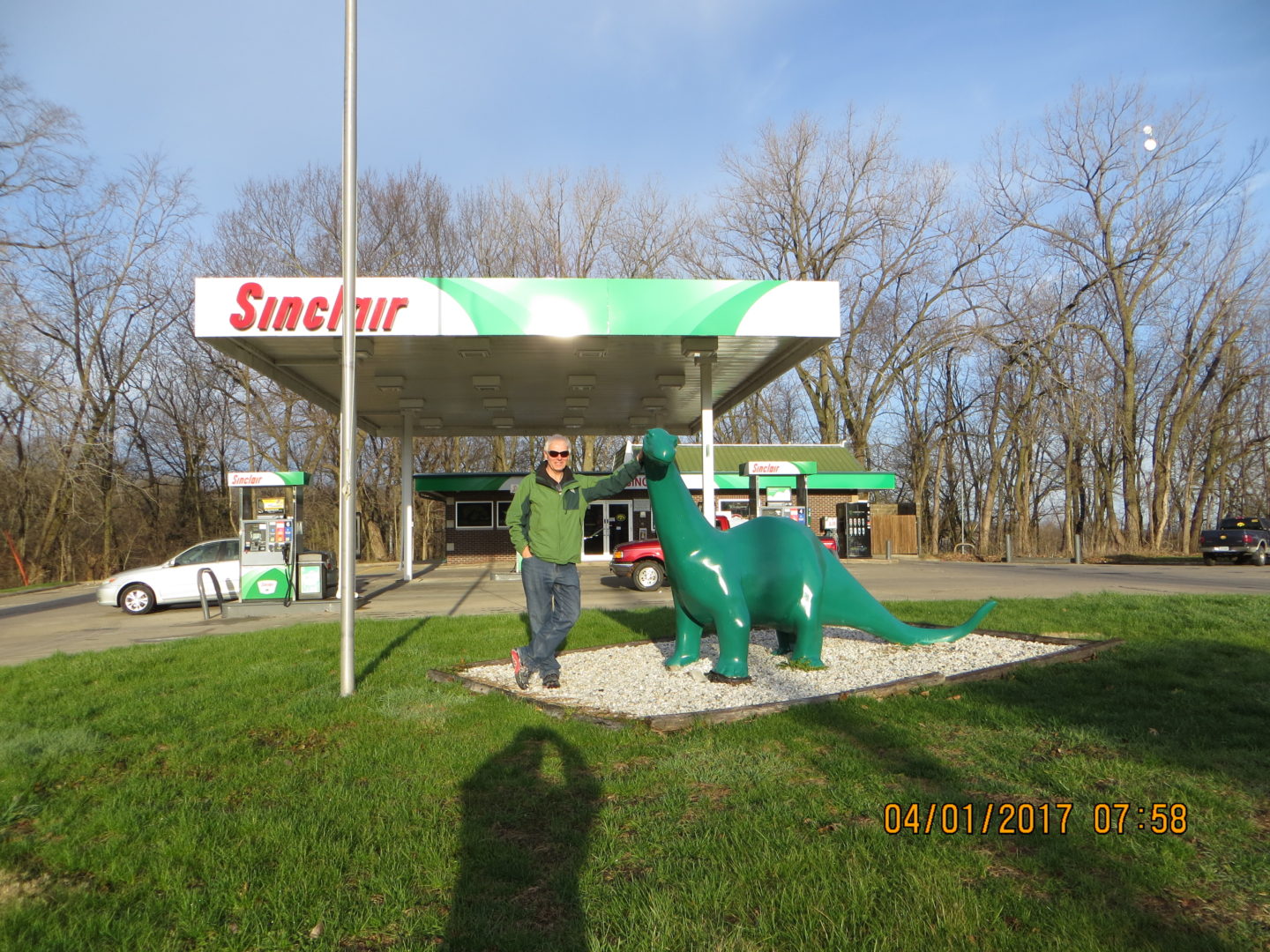 Figure 7. One last “fossil” before our departure from Iowa City to return home. Pictured with the dino is Don Bissett. The shadow in the foreground is Tom Bantel taking the picture.

And lastly, finally, IT’S ABOUT TIME, we get to some more pictures of fossils! Since in past blogs I have shared photographs of newly acquired specimens, below are some new additions to my hoard of rocks.

One is a nice double starfish from the chalk of Denmark (see Figure 8). 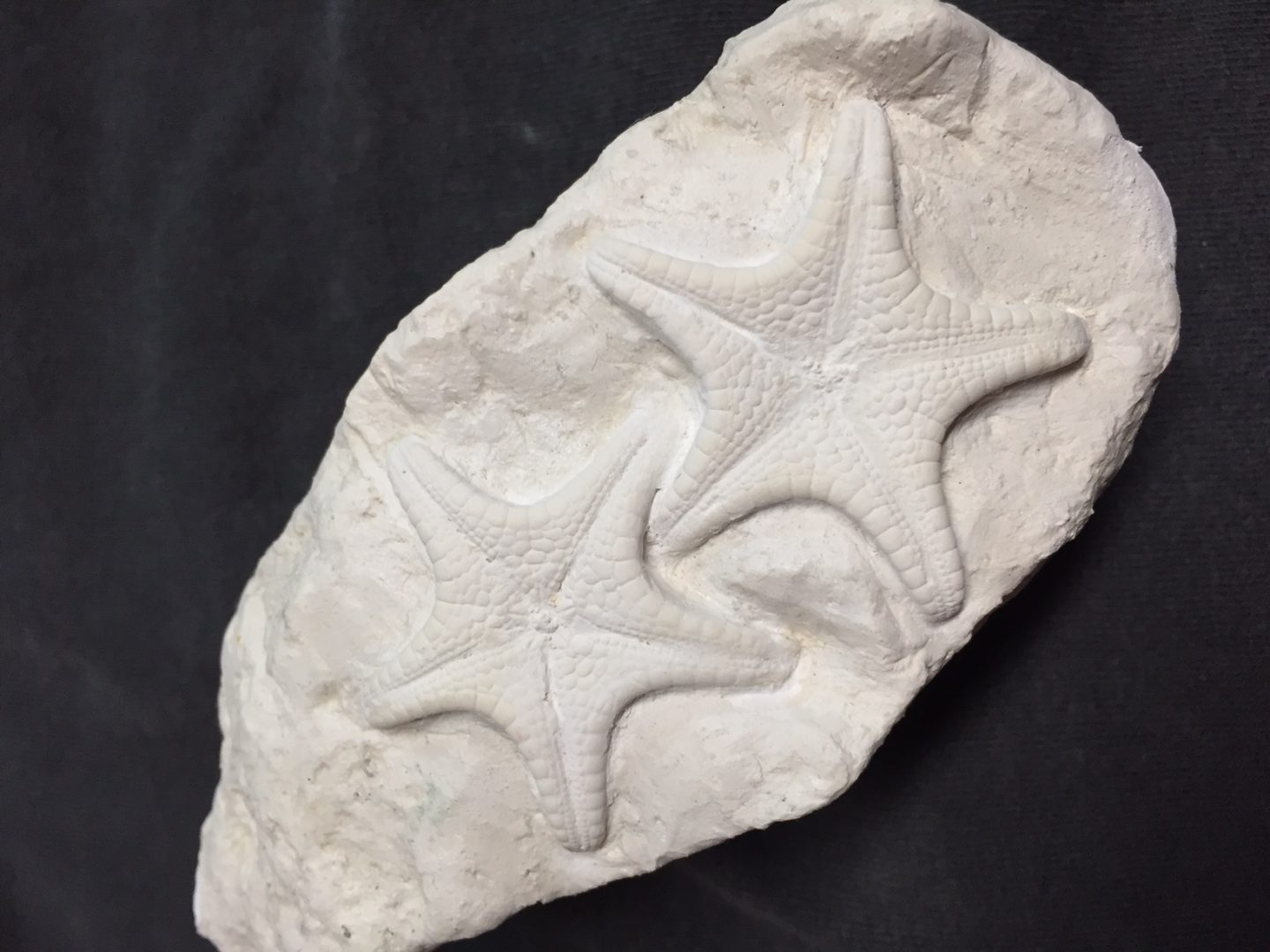 Figure 8. Goniaster (Cretaceous, Denmark). Each star fish is 1 3/4 inches across.

Another is a starfish from the Cincinnati area that was part of an old collection being sold (see Figure 9). 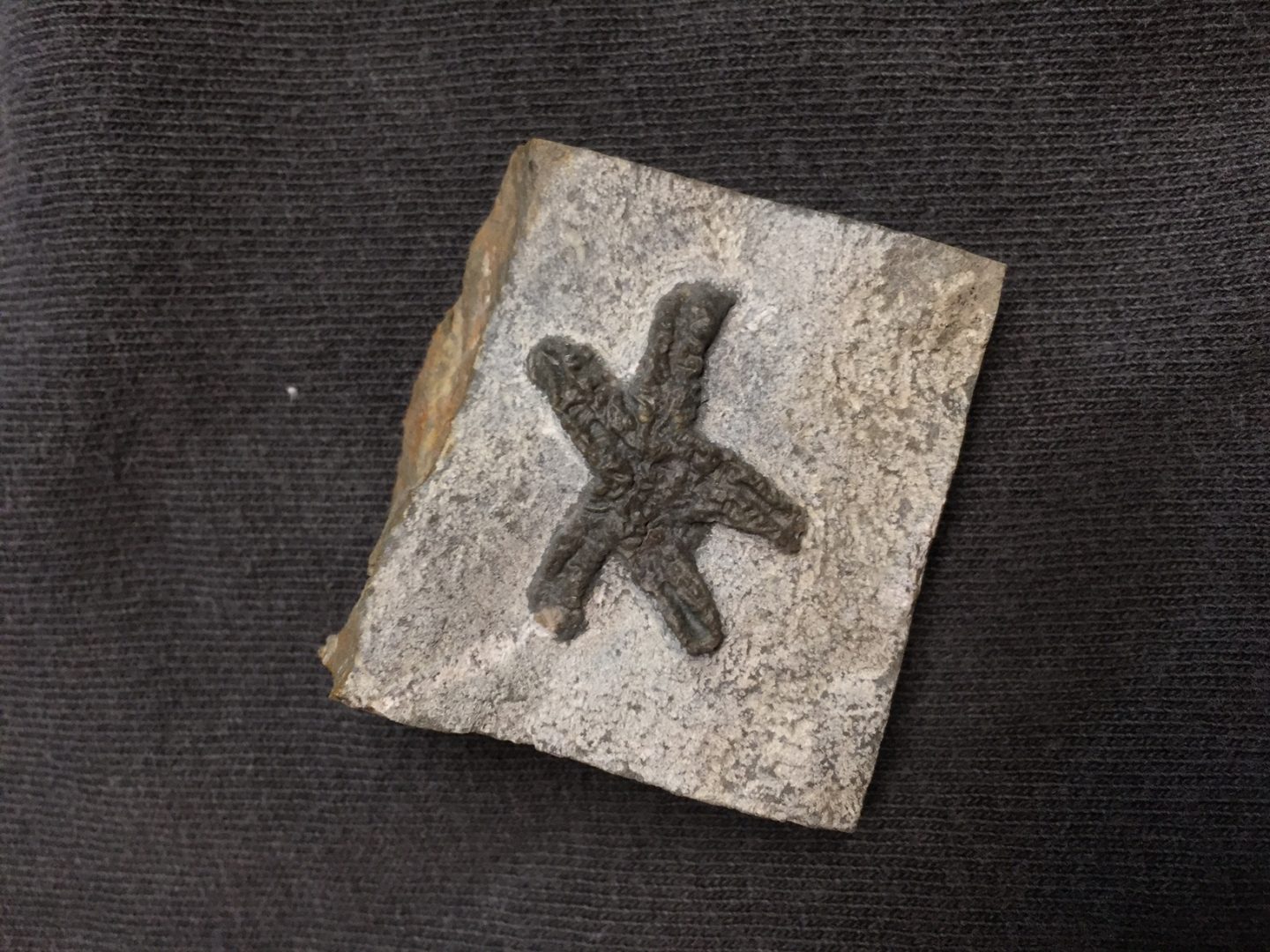 Yet another is a nice Russian trilobite that was part of an additional old collection for sale at the show (see Figure 10). 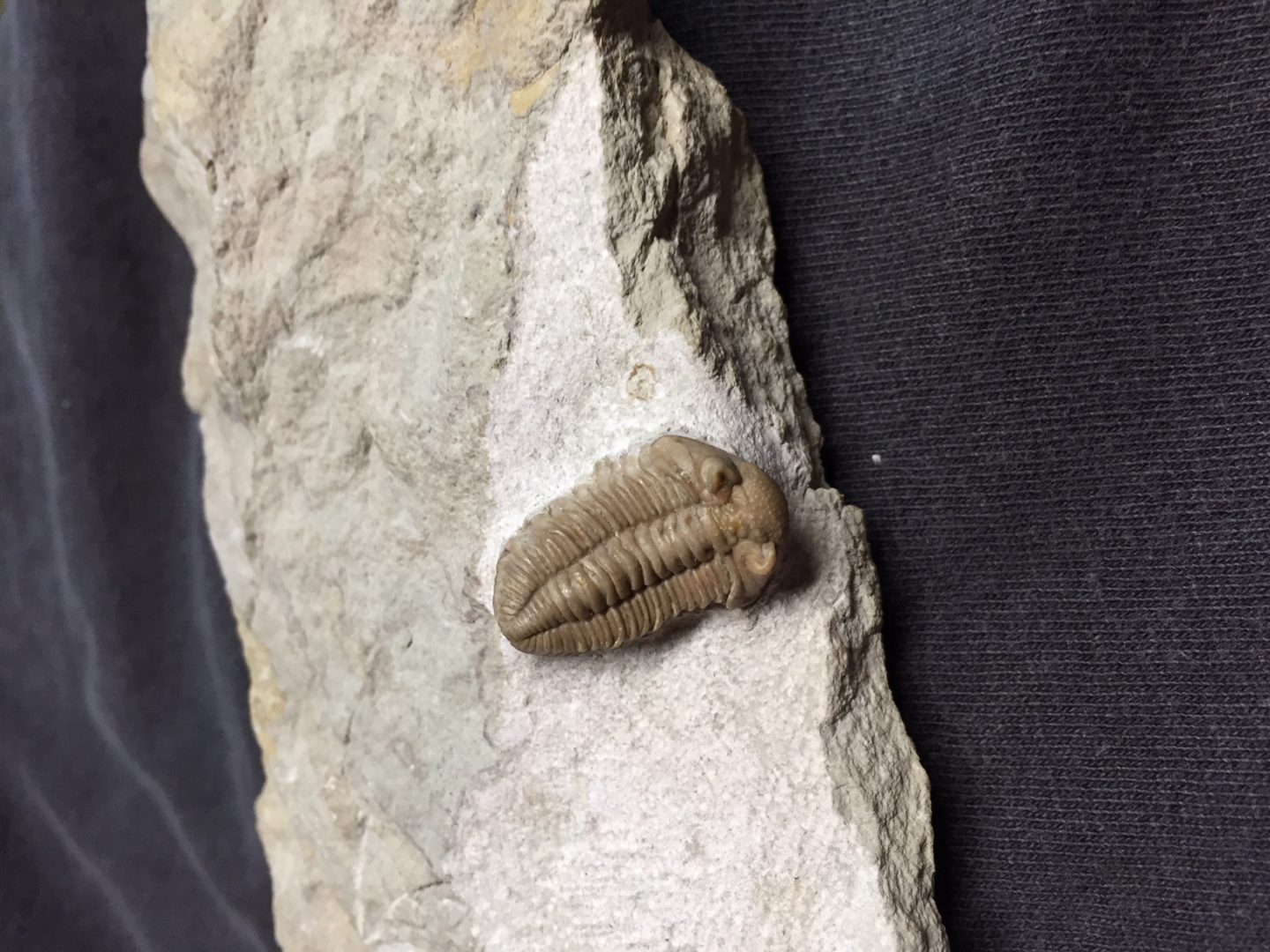 And then there is the biggee: a double spiny “porcupine” trilobite from Morocco (see Figure 11). 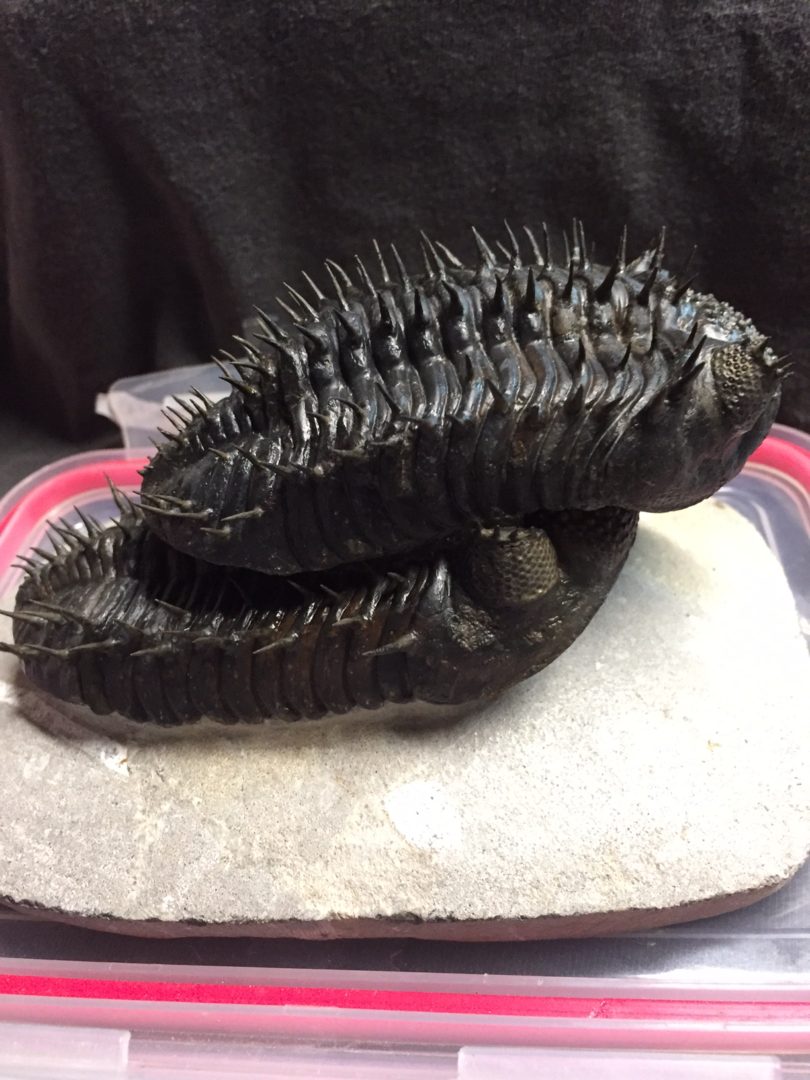 So a good show. If you didn’t get a chance to attend this year, perhaps you will in 2018. Enjoy!

One thought on “Returning to Iowa for the MAPS fossil show”