At the end of November (28-30), the St. Paul, Indiana quarry held an open house for fossil collectors. Jim Cox (of the Dry Dredgers) happened to see a post about the event on Fossil Forum (thefossilforum.com), and passed the word along. So, off I went on the 30th.

The open house was apparently not a well-advertised event. In total, only four collectors showed up: one on the 28th, two on the 29th (one of them was Tom Bantel, another Dry Dredger), and just me on the 30th. There had been nearly an inch of rain on the 28th, exposing lots of invertebrate fossils. I focused on hunting for trilobites (sadly, didn’t find any complete ones) and crinoids. At the end of the day, I had over 100 crinoid specimens (mostly cups of Eucalyptocrinites and Lyriocrinus). A few were found loose on the surface, but most came from splitting large blocks of shale. Unfortunately, no complete crowns were found.

A few examples of the collected material are shown in the pictures. 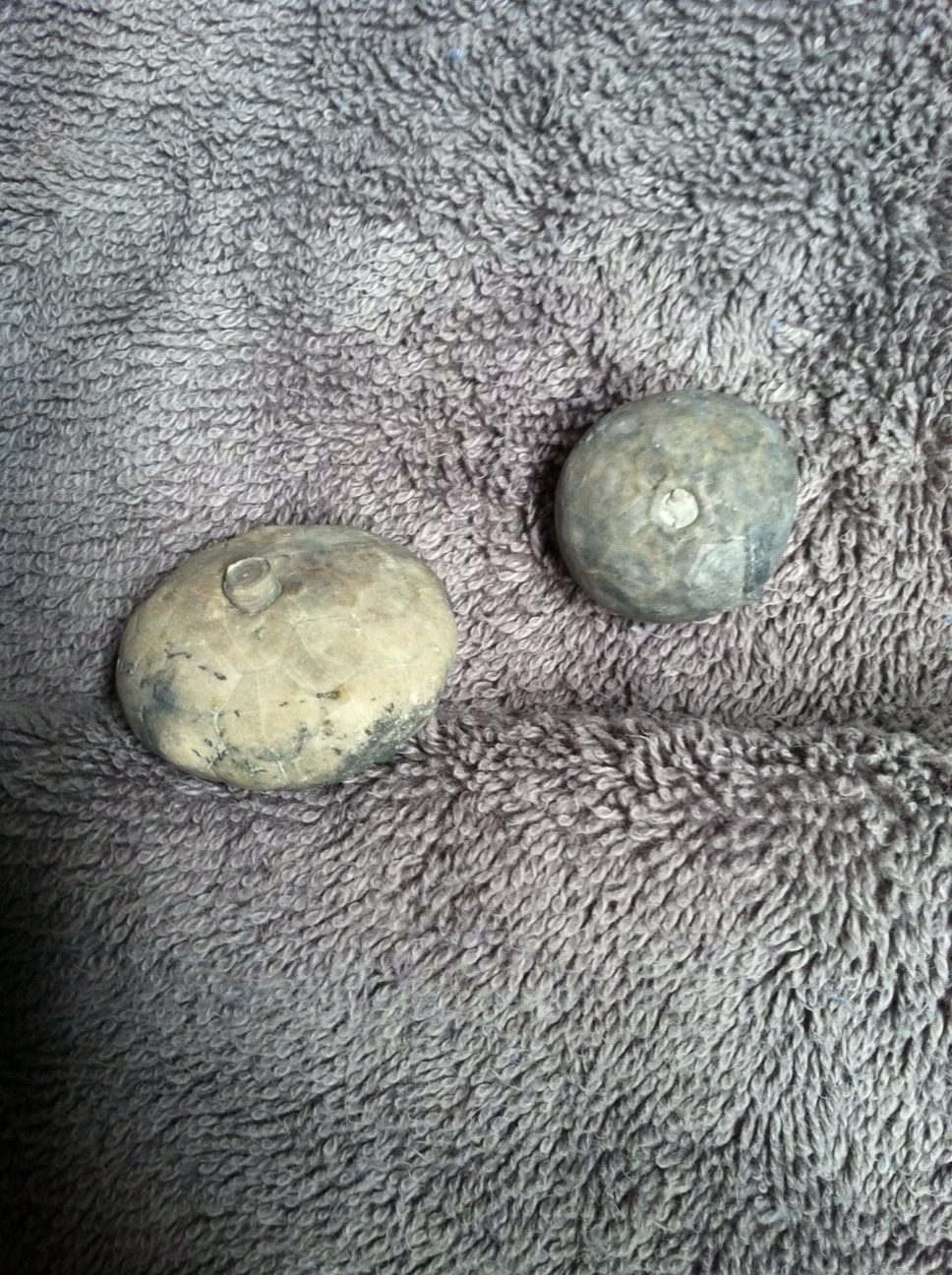 Cups of Lyriocrinus melissa, Silurian, Waldron Shale, St. Paul, IN. The specimens are approximately 1.5 and 1 inch across. Note that the larger one has a short segment of stem still attached. 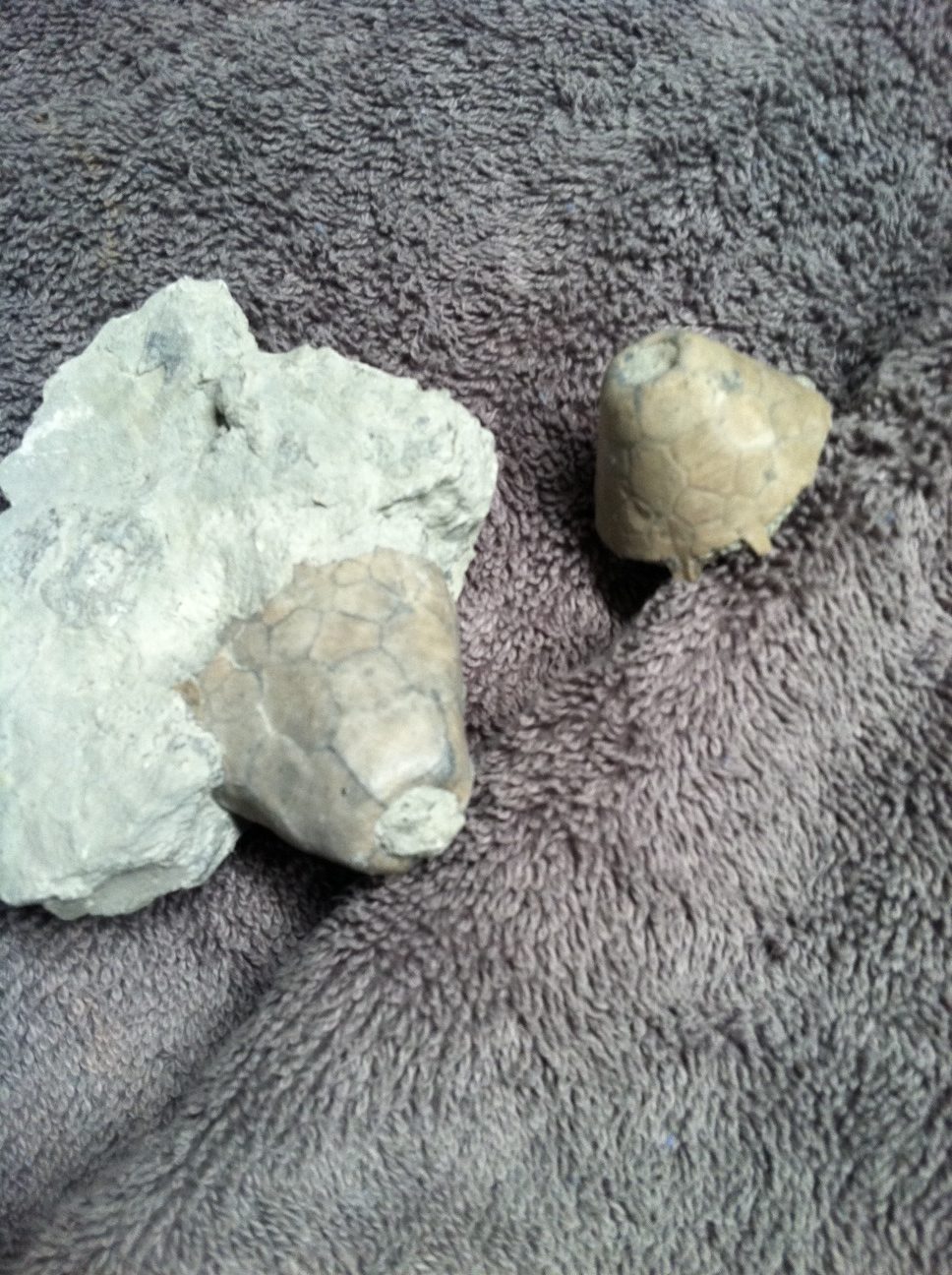 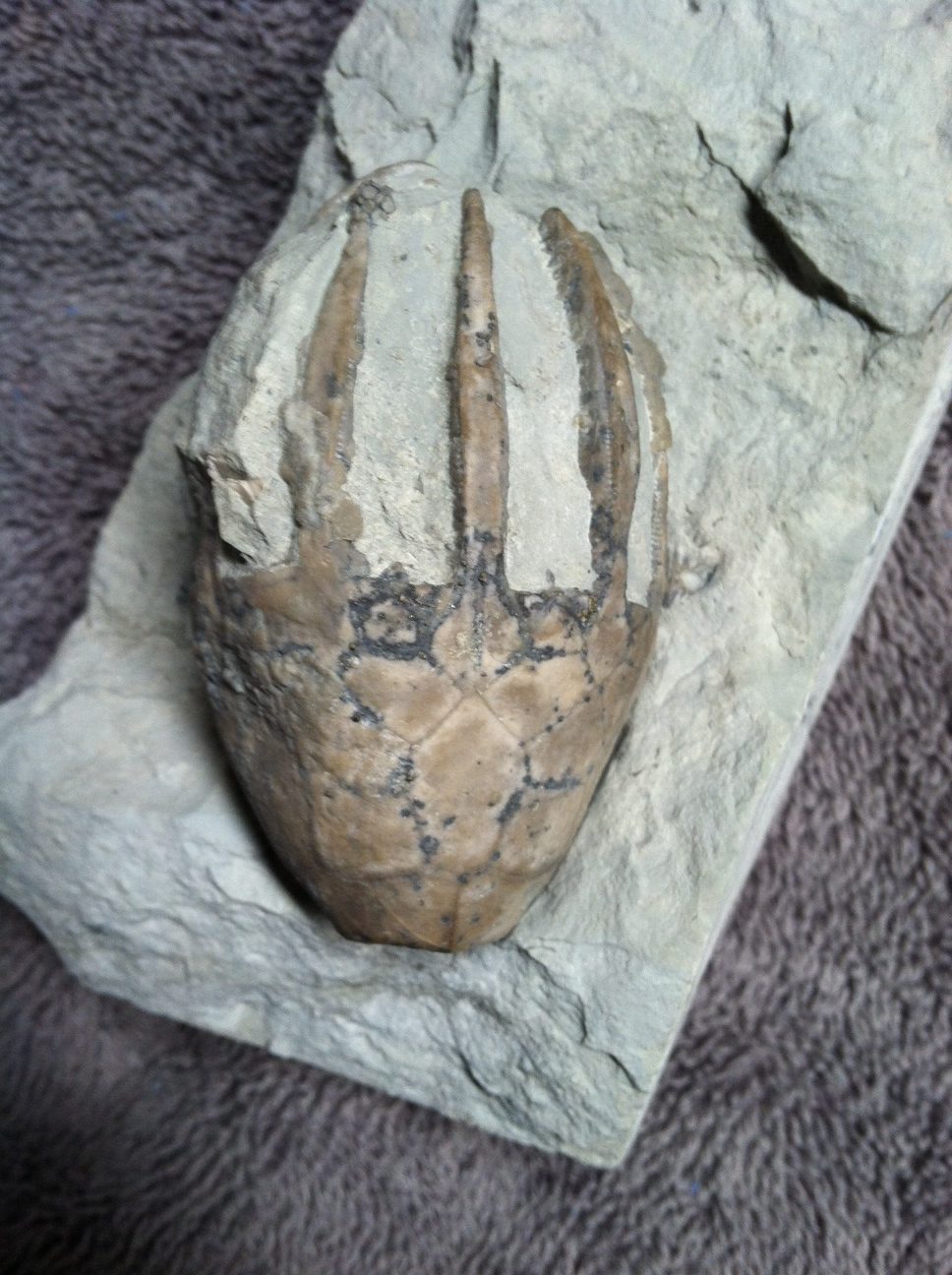 A good day of collecting.

There was apparently another open house at St. Paul in late December (20-23), according to a more recent post on the Fossil Forum. I was out of town so missed that opportunity for some Indiana hospitality. So I look forward to the possibility of more open house events at the quarry in 2017!

So you think that trilobite is rare?
On The Trail Of The Elusive Eurypterids.