No, this isn’t a question on a TV game show.

The beast I refer to falls into the category of echinoderms. And for this recently found Silurian cystoid specimen, I’m hoping someone can provide an answer to What’s my genus?

On yet another one of my many trips to the Silurian Massie (formerly Osgood) Shale of Southeast Indiana, I collected a partial cystoid that appears to be different from anything I’ve found previously at the site (a commercial rock quarry). So, even after multiple trips per year over the past 37 years, there are still new surprises!

The bulbous theca (body) has a relatively smooth surface, with several rows of small elongated hexagonal plates (see Figure 1). The oral area (see Figure 2) has 5 brachiole (“arm”) attachment sites arranged around an oral opening that has a pentagonal shape — that is typical for many of the cystoid genera found at this locality. 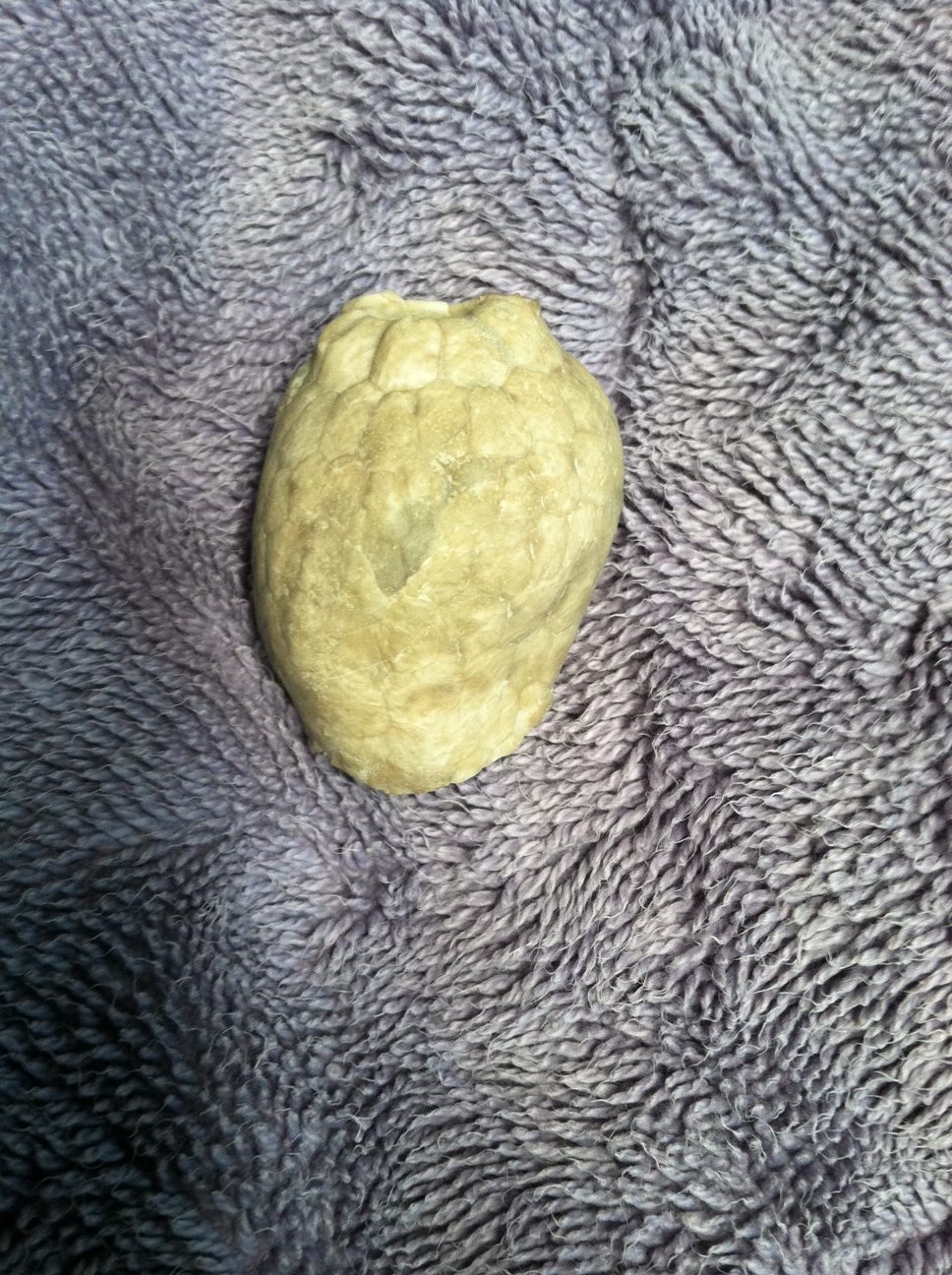 Figure 1. Side view of unidentified cystoid from the Silurian Massie Shale of SE Indiana. Note the rows of elongated small hexagonal plates. Specimen is 1.5 inches tall. 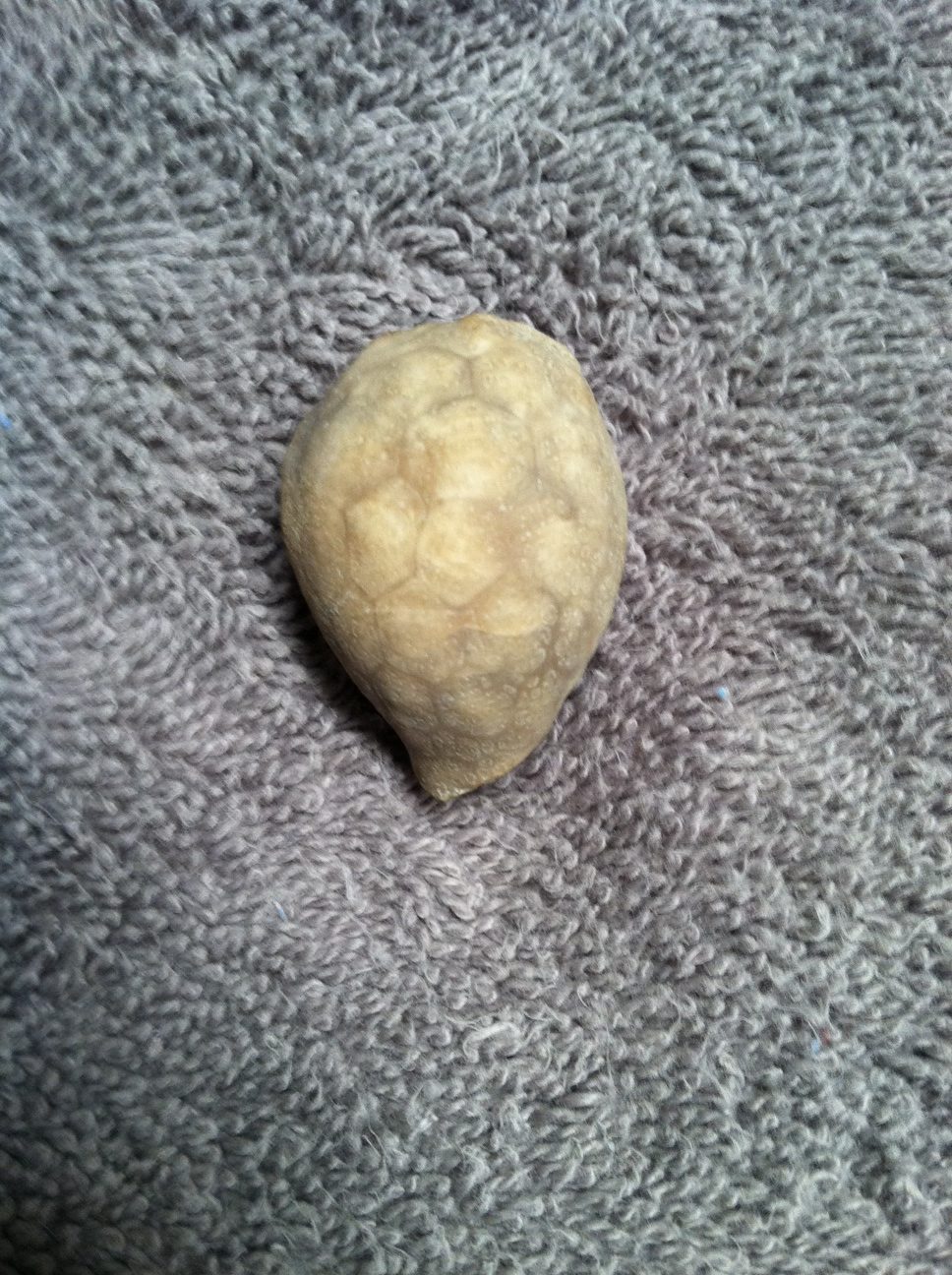 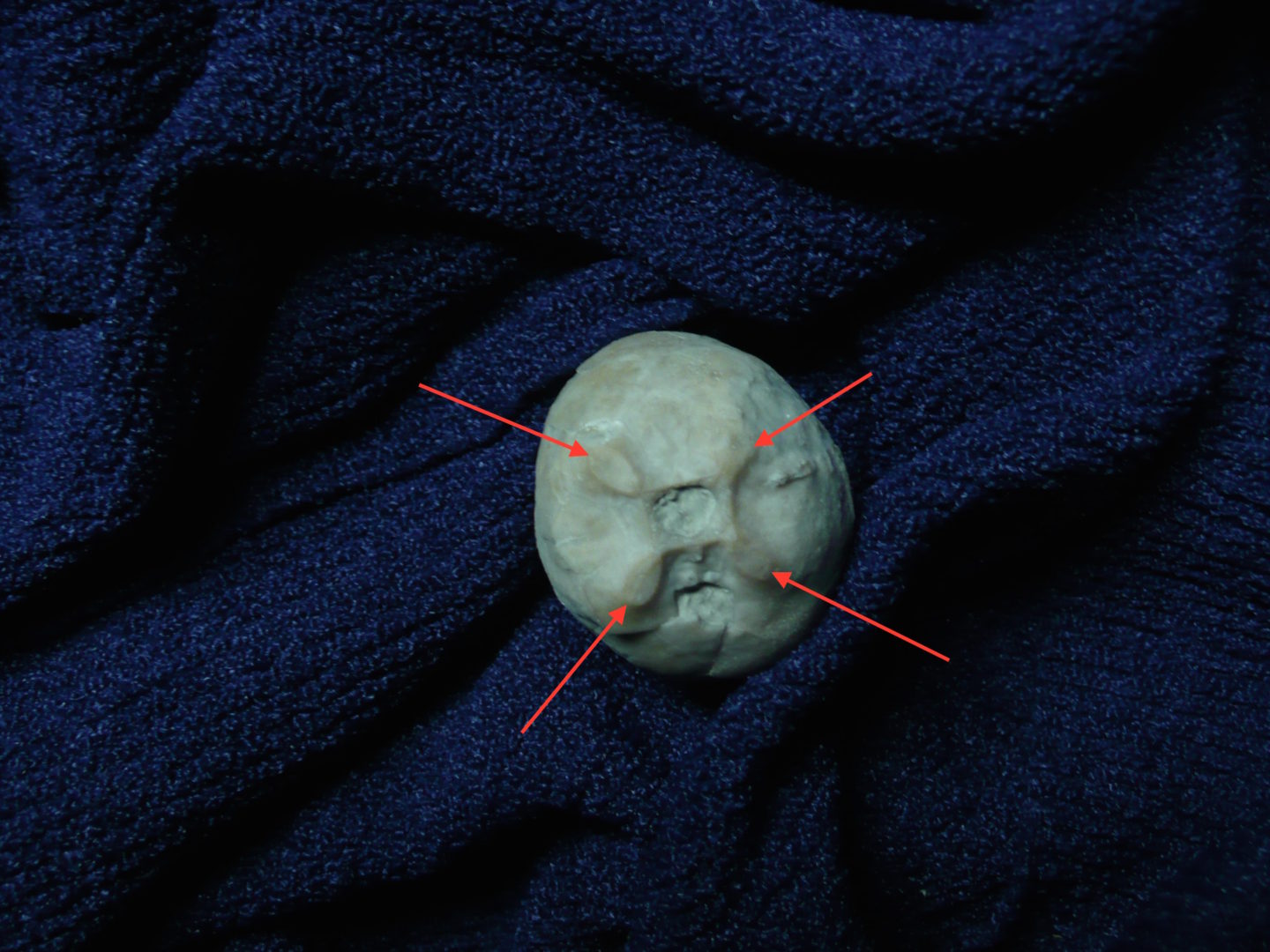 The new guy also does not look like the cylindrical Holocystites species. These species also have rows of elongated hexagonal plates and a pentagonal oral area, but the theca is shaped more like a cigar. And its thecal plates are relatively much larger and fewer in number (see Figure 5).

So, the new guy is a bit of a mystery. And a rare beast considering how many times I’ve collected the Massie Shale without previously finding one.

My conclusion is that it might be Pentacystis, an eroded incomplete specimen of which is illustrated by Frest et al. in a study that encompassed material collected decades ago from the same Massie locality in Indiana. [Reference: Frest, Strimple and Paul, The North American Holocystites fauna (echinodermata: blastozoa: diploporita): paleobiology and systematics, Bulletins of American Paleontology, Number 380, March 2011, p. 132, Plate 12].