Admittedly, I do focus a lot of my blogs on a Silurian Massie Shale locality in Southeast Indiana. That’s because I collect there a lot. Many other collectors have visited the site a few times, but by far I am the most frequent repeat scavenger. In part, the lack of other frequent visitors is because the Silurian macro-fossil productivity goes through cycles: very brief periods of abundance, followed by very long periods of drought — most collectors miss the brief windows of abundance. And the primary finds are cystoids (see Figures 1 and 2), which one collector described as “a lump with two holes” and another as “sling-shot ammunition.” In spite of those negative opinions, I enjoy finding cystoids and am persistent, repeatedly visiting the site, over time (35+ years) accumulating of a large varied collection.

However, in this blog, I won’t be discussing a field trip there, but rather the donation of some of the unusual previously collected cystoids. Dating back to ~1980, there has been intense academic interest in the cystoid fauna from the Massie (formerly called the Osgood) Shale. Several Dry Dredgers (Bruce Gibson, Dan Cooper, me) donated a lot of echinoderm material to Harrell Strimple (University of Iowa) for a project which focused in part on describing new cystoid species we found. Since then, there have been several Massie Shale projects, in particular work done by Carl Brett and James Thomka (UC). A new project at the University of Tennessee (Colin Sumrall and Sarah Sheffield) involves examination and description of some of the unique specimens from my collection.

The most abundant cystoid found in the Massie Shale is Holocystites (see Figures 1 and 2). Over my 35+ years of collecting the site, I’ve found literally thousands of specimens. And probably cleaned at least three thousand of them. 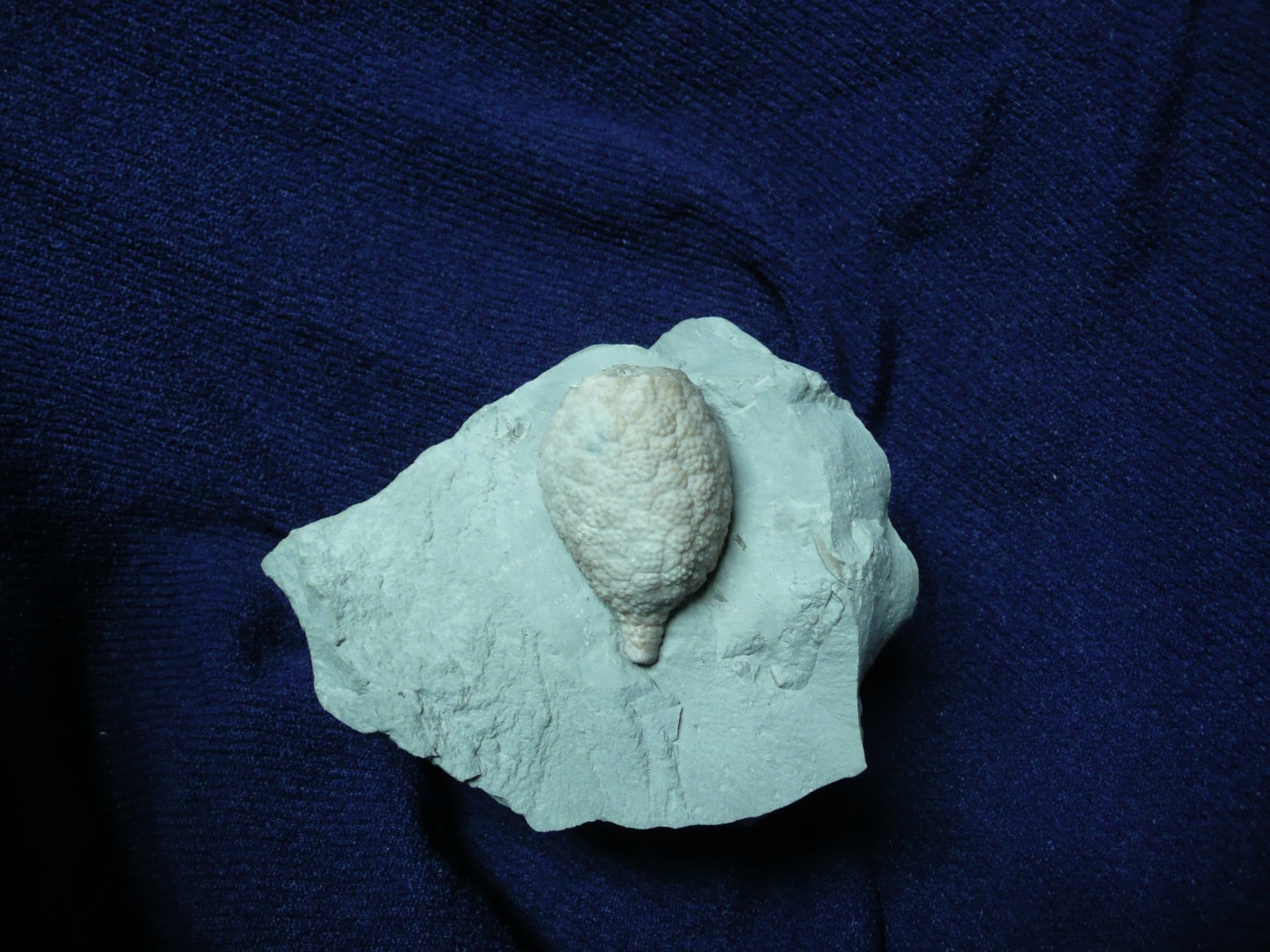 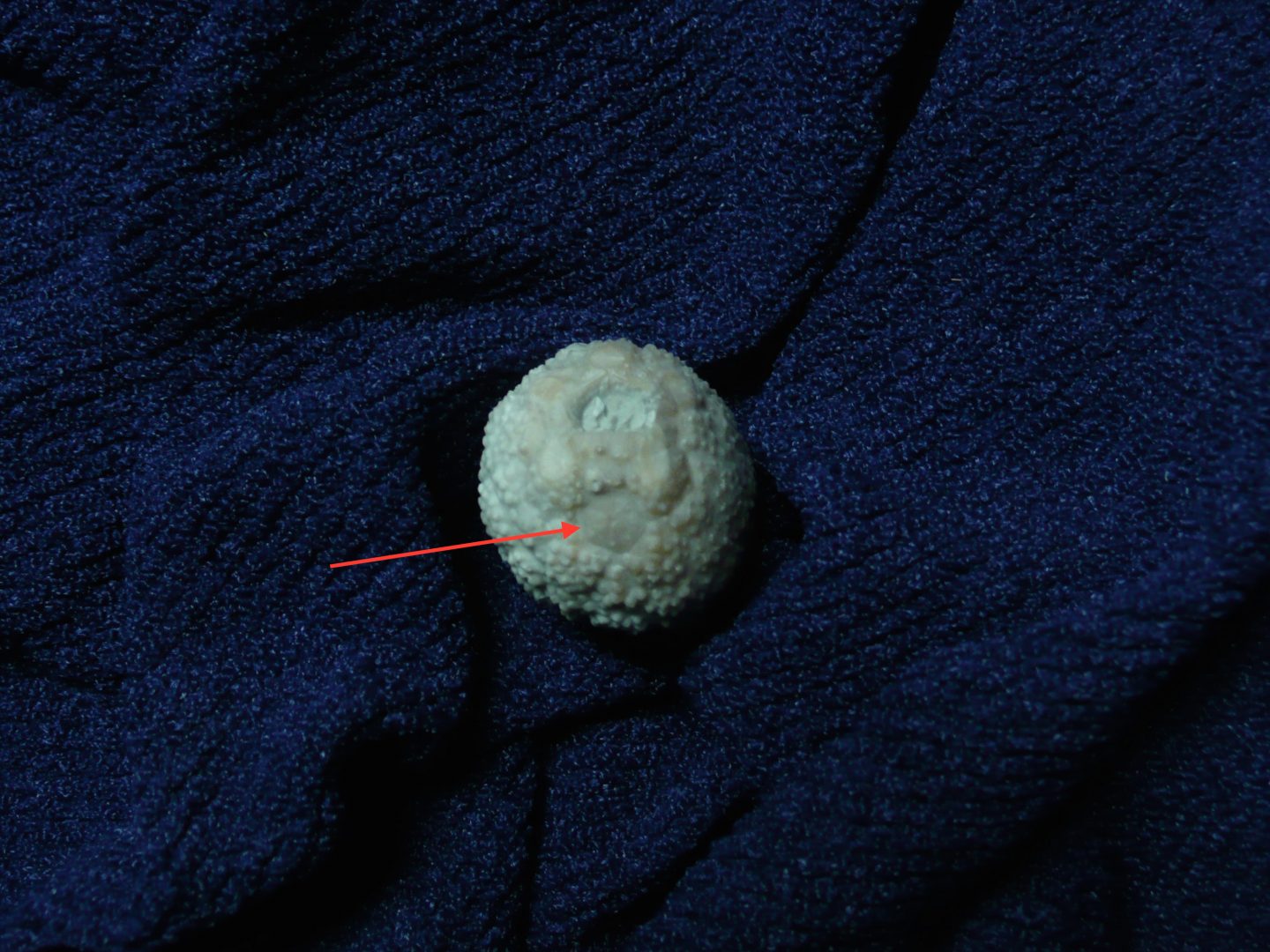 A much rarer cystoid from the locality is the large Triamara (see Figure 5). Like all other cystoids I’ve seen from the Massie Shale, none have attached brachioles, so these structures have not been previously observed or described. Except in my collection are two partial specimens (see Figures 6 and 7), which have brachioles still in place. Over the years, I’ve collected hundreds of Triamara fragments and a couple dozen complete theca – and only these two examples of brachioles – rare finds that are of interest for study (University of Tennessee). 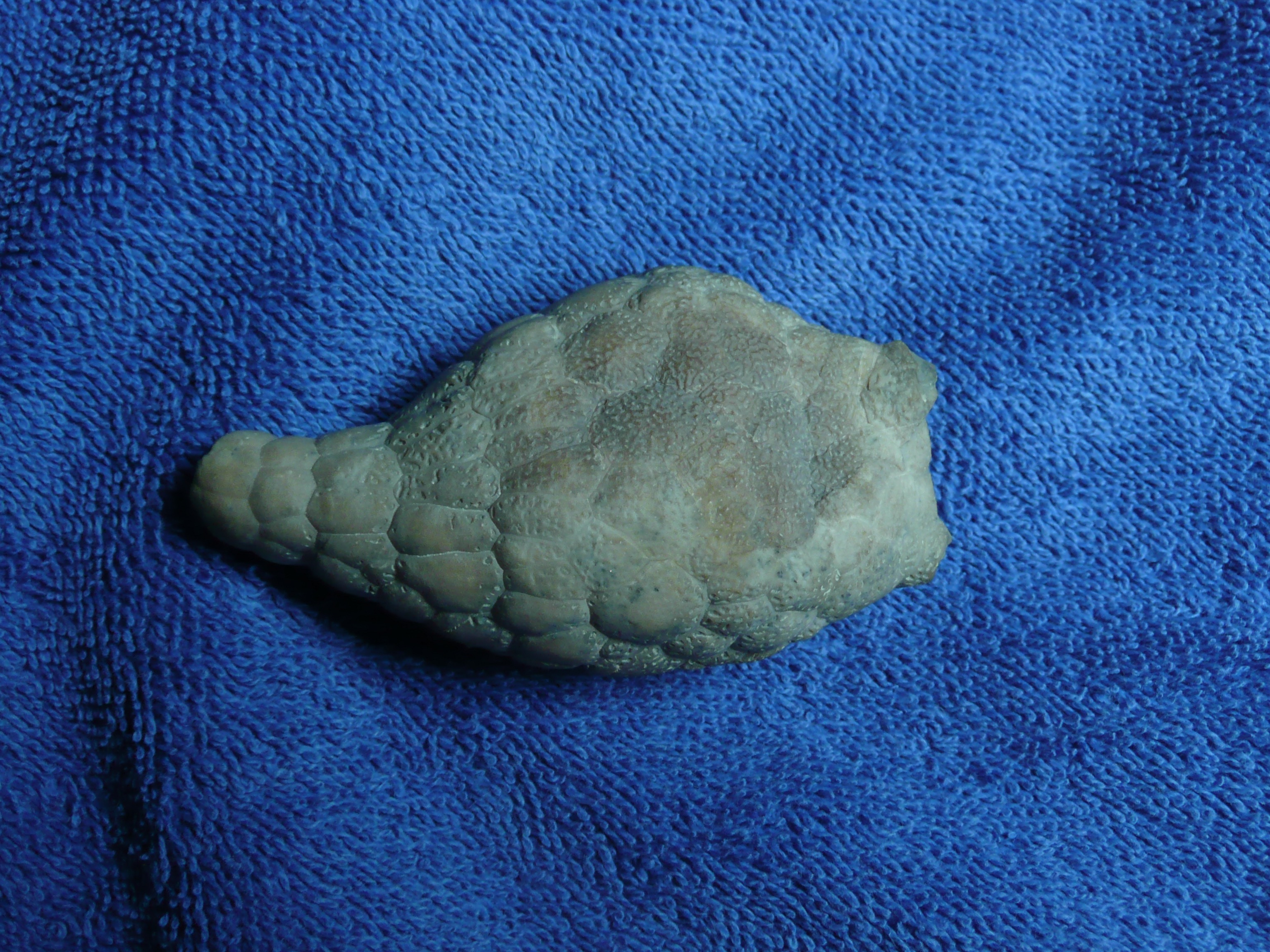 Figure 5.  Large (3.5 inch) complete theca of Triamara. Oral area is on the right, thick attachment stalk is on the left. 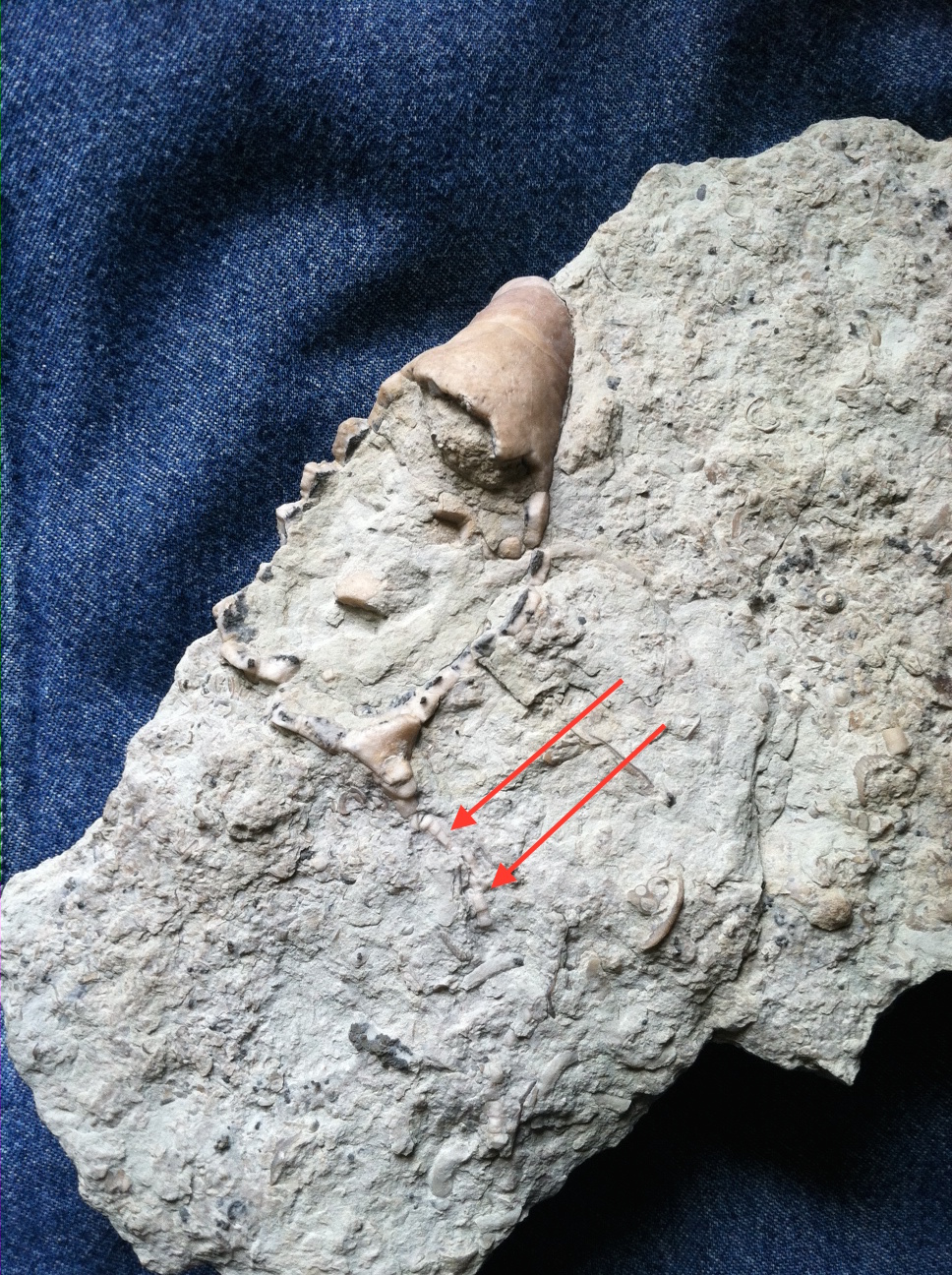 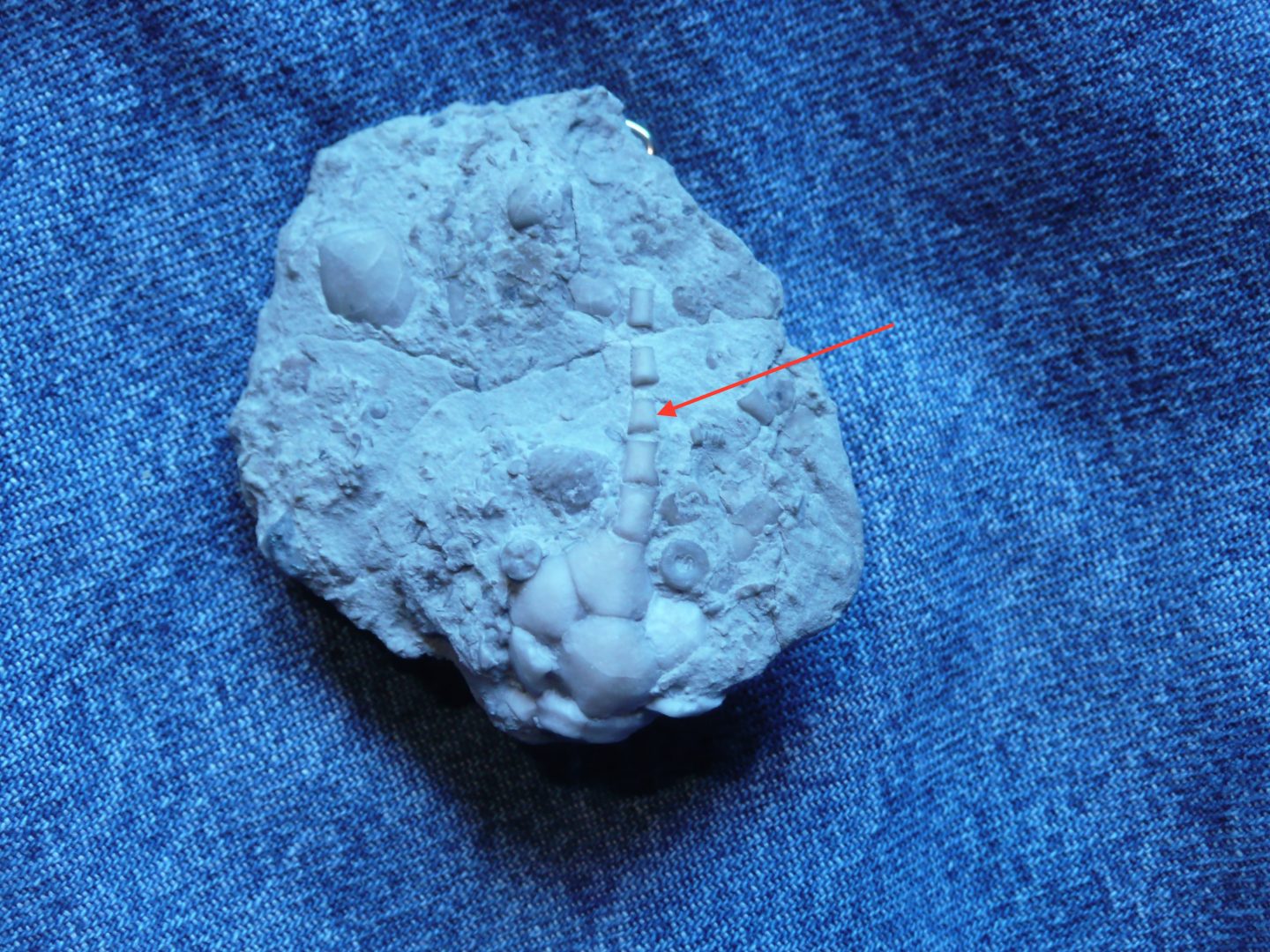 Figure 7. Fragment of a cystoid (Triamara?) with attached 1-inch brachiole.

An even rarer cystoid (see Figure 8) is undescribed, and as far as I know, no one else has even found a fragment. I’ve seen perhaps a dozen fragments and the two specimens shown in Figure 8, and even these two are not-quite-complete theca – in both, the oral area is absent. 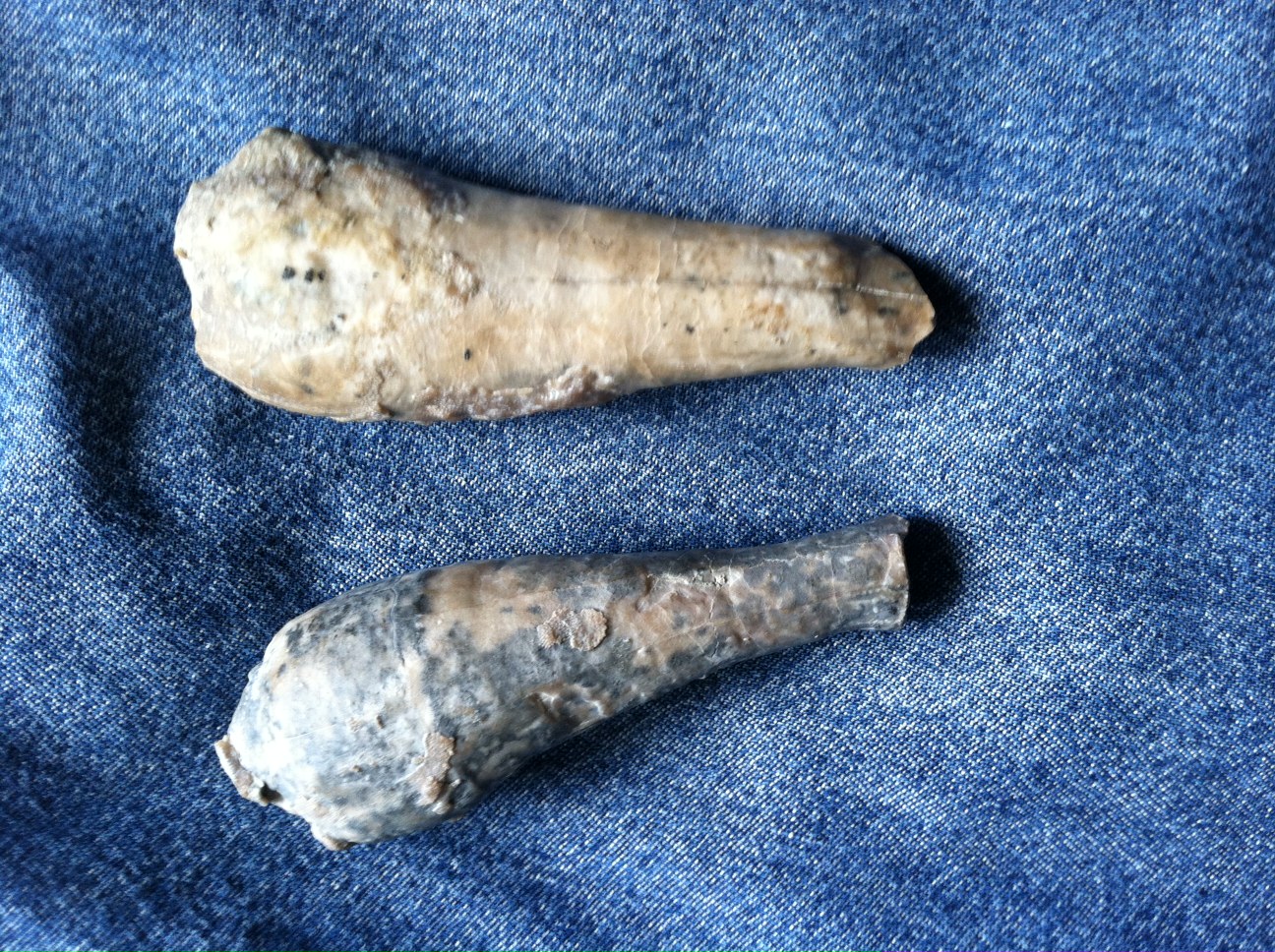 Figure 8. Two nearly complete 3-inch theca of an undescribed cystoid species. Oral area (mostly missing in both specimens) is to the left, and the attachment base to the right.

This set of unusual specimens has been donated to the Cincinnati Museum Center so that they are available for study by University of Tennessee. If anyone else has unusual material from the Silurian Massie Shale, please let me know. Perhaps they too are unique and worthy of study by professionals.

Well, time for me to return to the Massie Shale to find something new!