Spring is coming early here in the Cincinnati region, and it is fossil hunting season again (of course, some of us never stopped for winter…). Sunday afternoon, my wife Christa and I drove to Indiana to employ one of our favorite collecting tactics: finding fossils in a downpour. While it is not always the most pleasant experience, heavy rain does expose new fossils and increases contrast between fossils and the surrounding sediments.

Disclaimer: Obviously, use common sense, wear waterproof clothing and good boots, never collect when there is thunder, and remember that heavy rain makes the terrain more slippery and increases the likelihood of landslides. You stand a better chance getting hurt if you collect in bad weather.

The road cut we collected at exposes a wide range of Richmondian strata, but we collected largely in the Liberty and Lower Whitewater Formations. It was raining hard at some points, and little waterfalls were running down the limestone (before we left, though, the sun came out). 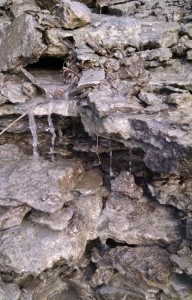 We found the normal Richmondian fossils for the strata, including rugose corals, brachiopods, and gastropods. Fossils here are plentiful, although the site is sometimes fairly picked-over.

A variety of the usual Liberty/Lower Whitewater Formation fossils. To the left are rugose corals (two of the larger Grewingkia canadensis and one of the smaller Streptelasma divaricans), to the top right are brachiopods (Hiscobeccus capax left, Strophonema with encrusting bryozoan right), and to the bottom and right are a variety of mollusks. The two monoplacophoran mollusks on the far left, next to the corals, are probably Phragmolites dyeri.

Crinoid column fragments were common, including Cincinnaticrinus, Canistrocrinus, and Iocrinus or Plicodendrocrinus (perhaps both). Christa found a calyx that might be Pycnocrinus dyeri (or could it be Plicodendrocrinus casei, since it was found so high?). 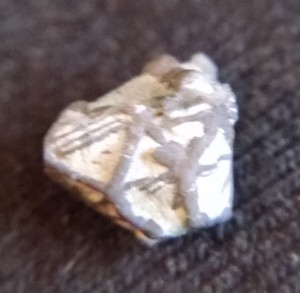 A better identification from the experts is welcomed!

The primary focus of the trip was to look for trilobites, and we found a good number. I was impressed at how fragile they are. For every complete trilobite, there are many, many fragmentary ones, some of which appear to have only recently broken up.

A range of sizes of Flexicalymene. Except perhaps for the largest, most are probably Flexicalymene retrorsa minuens.

One of the more bizarre fossils I have ever found was this Flexicalymene. I initially hoped it might be complete and enrolled, but instead of the pygidium (tail) wrapped underneath, I saw part of the cephalon (head) of another Flexicalymene sticking out of the shale. I wonder, how did these trilobites come to be buried together? Do they represent shed trilobite shells or whole specimens buried together? Perhaps once it is prepared and some of the shale is removed, it will be more obvious. Strangely enough, this is the second time I have found two trilobites “stuck” together at this road cut. 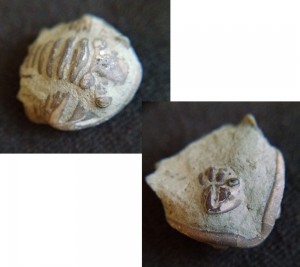 The best find of the day was made by Christa (this is not a rare occurrence!). When we got home to wash and examine the trilobites we had collected, it turned out that one she had collected was not a Flexicalymene. It was an enrolled Tricopelta breviceps, a fairly rare trilobite (this was the first I have ever seen). 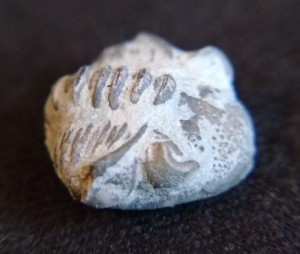 This Tricopelta is fairly small, about 11 mm across. 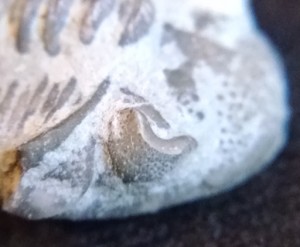 We ran into a couple geologists who had visited the road cut in college, so was talked and gave them a Flexicalymene. On the way home to northern Kentucky, the rain had stopped, and we enjoyed seeing old houses, barns, and silos in a countryside that was starting to turn green in anticipation of Spring. To cap it off, we watched the sunset through clouds breaking up after rain, to which there is little to compare in this world.

2 thoughts on “I’m collecting in the rain…”