In the fall, I went on field trips to collect Silurian Waldron Shale fossils with two Ohio clubs: NCFC (North Coast Fossil Club — Cleveland area) and CRMS (Columbus Rock and Mineral Society).  The quarry (St. Paul, IN) had dumped shale from fresh exposures, providing us literally with tons of material to collect.

While there were abundant brachiopods and ball-shaped corals, along with gastropods and other beasties, I focused on finding trilobites and crinoids.  I was fortunate to find several prone Calymene. 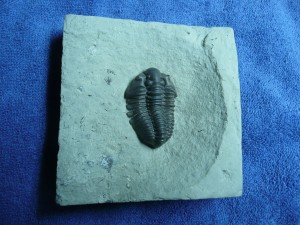 Also found a bunch of calyxes for Eucalyptocrinites crassus, along with several E. elrodi and Lyriocrinus. 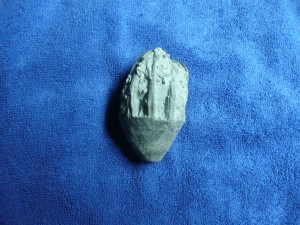 This quarry had been closed to collectors for several years. But about three years ago, the owners began allowing club trips.  Perhaps the Dry Dredgers can add this locality to the list of 2016 field trips?