In previous blogs, I’ve discussed the awesome Tucson Show (late January-early February) and all its fossil offerings (along with gems, minerals, jewelry, and so much more). Here I’ll share pictures of a few of the amazing fossils that were for sale at the 2018 show.

One big fossil offered was a huge crinoid (Seirocrinus) from the Jurassic of Holzmaden, Germany (Figure 1). [Clearly, I need to drive a bigger car to Tucson to take this size fossil home.] 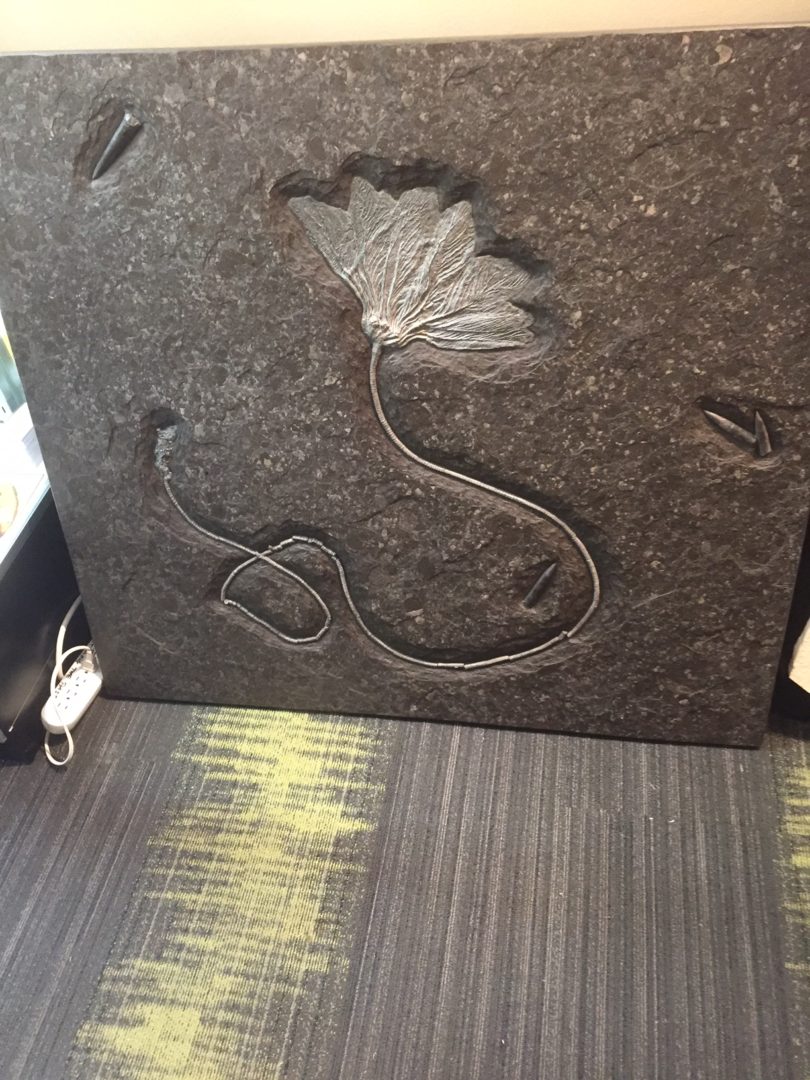 From the Eocene Green River Shale of Wyoming, a large perfect Axestemys fossil turtle (Figure 2) was for sale. At six feet in length, it would dominate a wall in the family room. 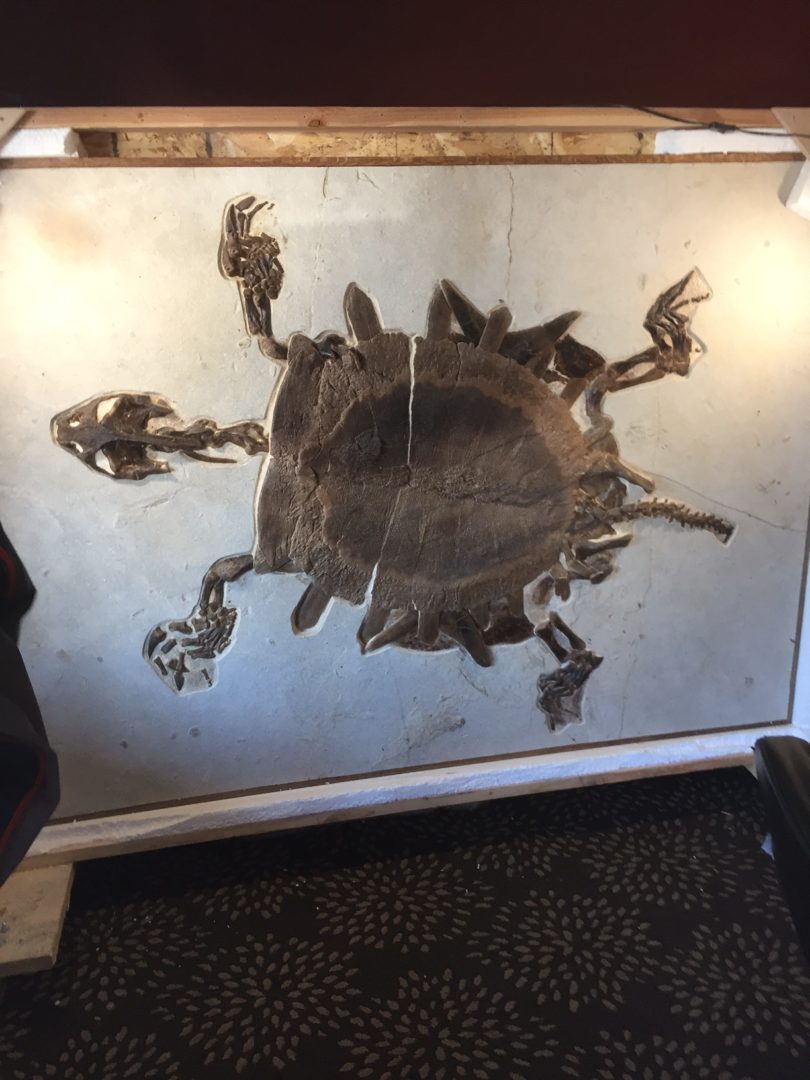 Then there were the tusks and the lower jaw containing teeth for a wooly mammoth (Mammuthus primigenius). This came from the Pleistocene of Alaska (Figure 3). [OK, so I’m gonna need a truck to get all of this home.] 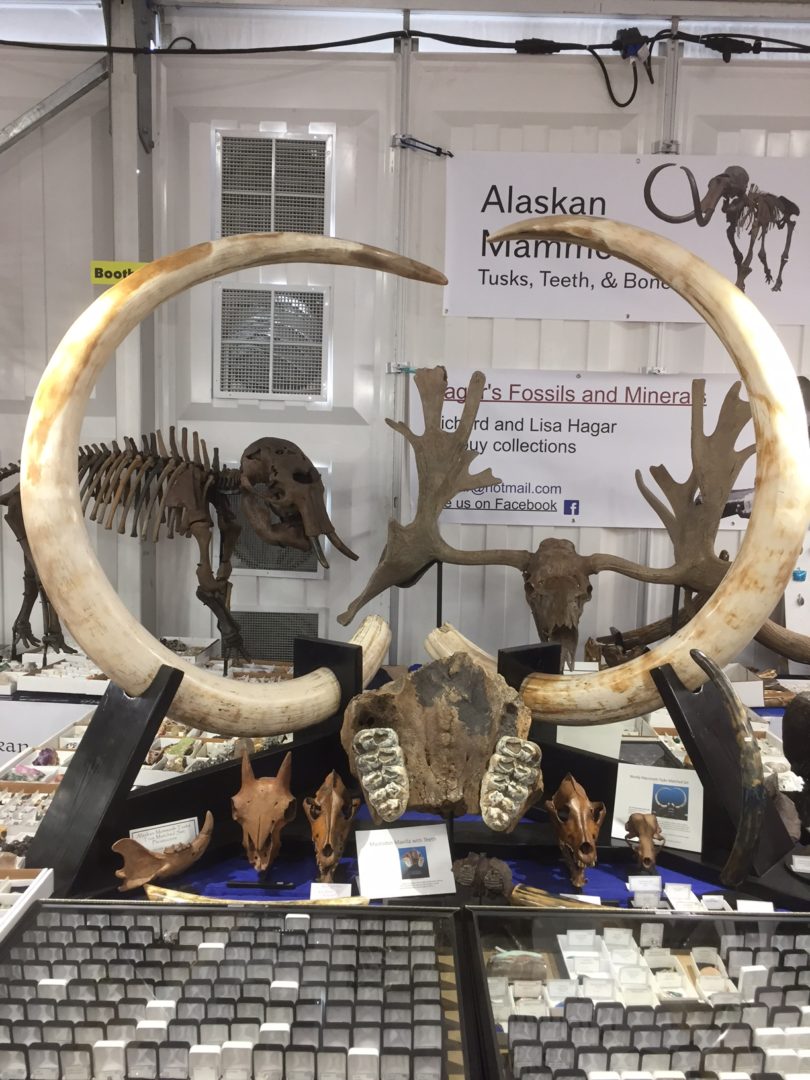 A more reasonably sized rock is a slab of shale with an embedded ammonite the size of a car’s hubcap. This colorful iridescent specimen is Placenticeras from the Cretaceous of Alberta, Canada (Figure 4).

I did acquire a couple of fossils, both of which are much smaller than the museum-size specimens discussed above. One is a small Devonian trilobite plate from Morocco (Figure 5). The lighter color (versus the typical black) is what drew me to this piece. 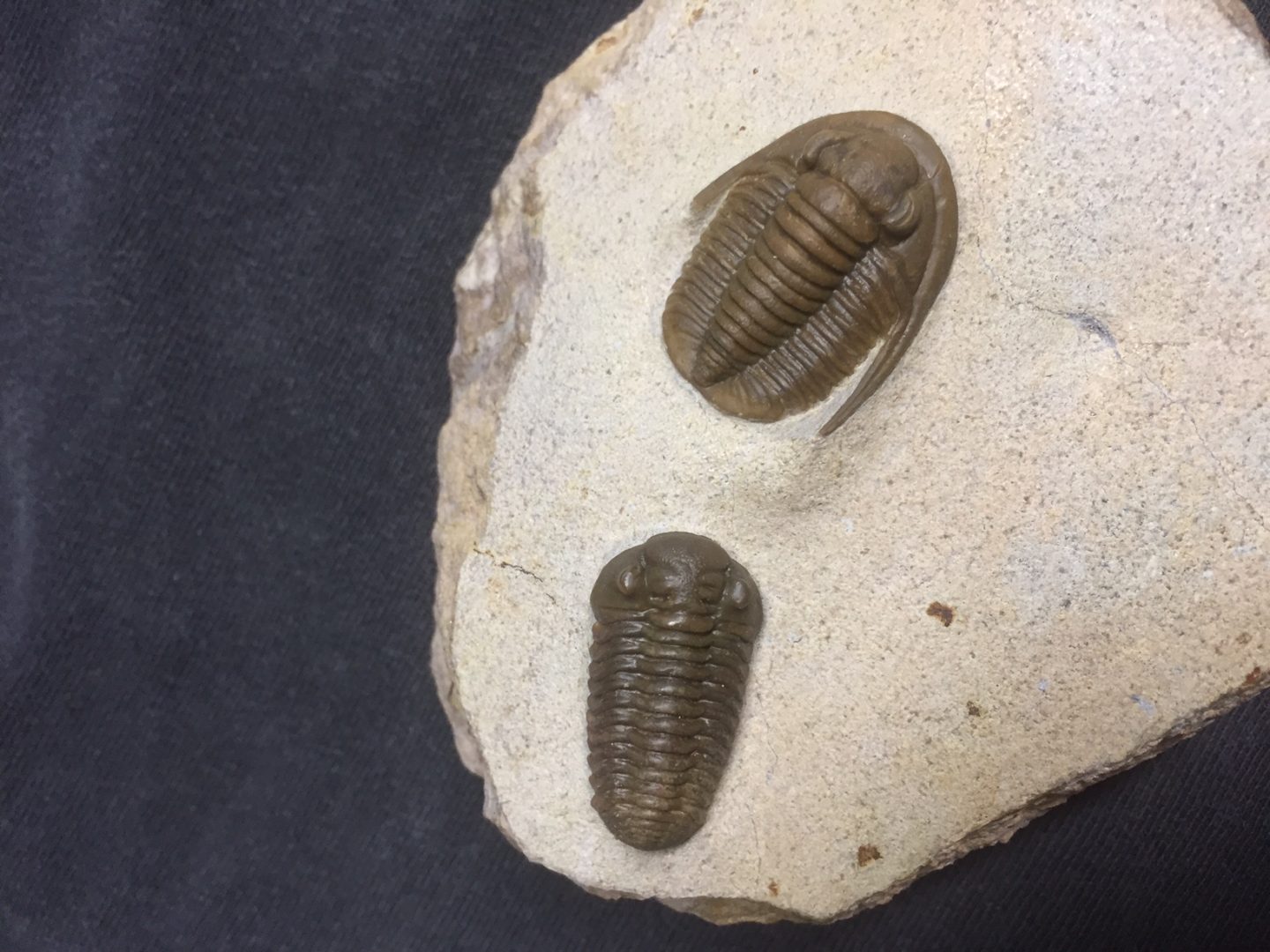 The other acquired fossil is a starfish (brittlestar) from England (Figure 6). I have seen these occasionally at shows and finally decided to get one. 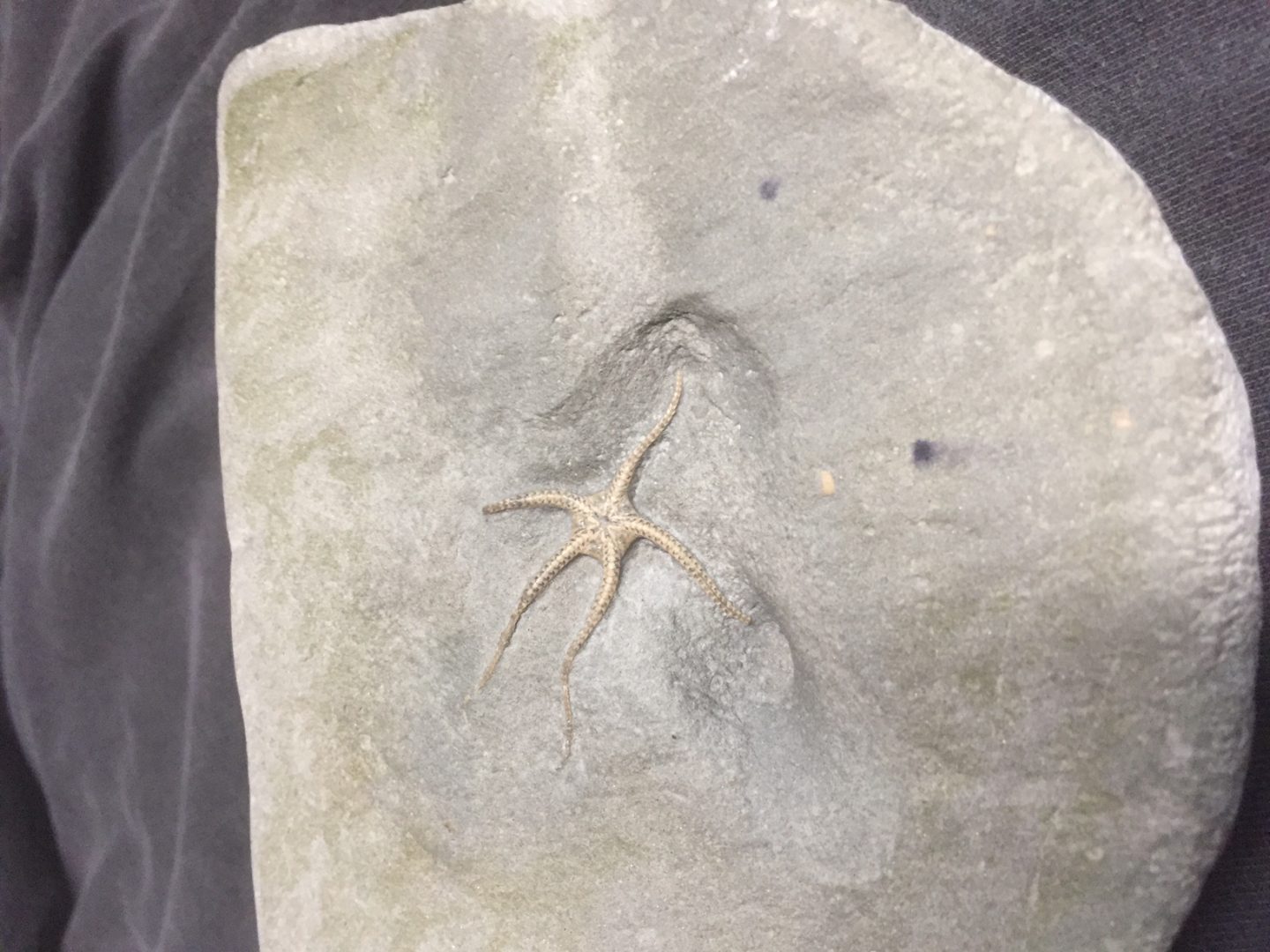 I enjoyed my retail therapy in the Arizona desert. And the weather was perfect: dry, blue sky, 70-80 degrees. It was also warm (at least 60) as far north as central Utah — perfect for visiting the red rocks Sedona, Grand Canyon, and the National Parks much further north (such as Monument Valley, Arches, and Canyonlands). If you haven’t been to the Tucson Show, consider making the trip in 2019!

Back to the Golden Brassfield Limestone
MAPS 2018 Fossil Expo