Recently, I went on a very different kind of field trip: an indoor visit to a museum. The museum is in Los Angeles, and it’s a rather unique institution: Museum of Jurassic Technology.

One might anticipate an array of dinosaur skeletons, eggs, and footprints. Or other fossils from the Jurassic period. But, not the case. In spite of its name, this museum had absolutely nothing to do with the geological Jurassic period, dinosaurs, or even fossils. 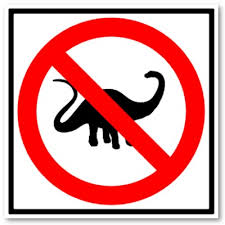 This museum seems to define the Jurassic as the 1800s.  The interior of the building was very dark, with eerie music playing – set a mood of mystery. There were many displays, all with somewhat wordy plaques in small font size – a challenge to read in the near darkness. This also helped to set the mysterious mood.

The displays were an eclectic mix of some science, science-like theories, art, history, entertainment, wives tales, folk medicine, magic, the occult, short videos, and a few areas that I had difficulty classifying or interpreting. Yet some visitors were mesmerized by the videos being shown: “Whoa, Dude! That’s intense!”  Made me wonder if some of these patrons had visited a medical marijuana shop beforehand.

Here are three examples of the displays. Two entire rooms were devoted to string games – think “cats in the cradle”. A small theater played a somewhat confusing misty video about the wonder of birds. And my favorite: a display of replicas (I hope) of dead rodents – it discussed an old belief in the health benefits of eating mice (specifically mice on toast and minced mouse pie).

The reward for meandering through the two floors of displays was a tea garden (with cookies!!) and the cooing of doves in an incense-infused gazebo on the roof.

So if you’re ever in LA, you might want to check it out. It is entertaining.

Of Corals And The Kope Formation
Tucson Show field trip